GRZ Energy advises clients on futures and commodities trading. While we specialize in energy our research covers metals, grains, softs and financial futures. Our clients range covers all areas of investment, from producers looking to hedge, managed money and the individual trader. Contact us and learn how we can assist you.

The Never Ending Mining of Your Wallet for Tax Revenue 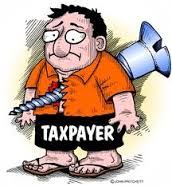 If you blame the Phone or Cable Company for Your Higher Bill--Your anger would be MisdirectedWhat If I told you cell phone service, cable, internet and air travel will cost 5% to 10% more this year. If you called the phone company or the airlines to complain your anger would be misdirected. Blame your representatives on all levels of government for the extra costs of communicating and for the extra fees as you make that trip to Yellowstone. And point the finger to your elected officials for the many increased and new fees you will be required to pay this year. According to the Office of

Why Natural Gas Prices are Headed Much Lower

Coming into this winter you wouldn't have found a bigger bull, than myself, when it concerned natural gas prices. The frigid memories of last winter were still in my head, and we were entering this one with a large deficit in natural gas inventories. A funny thing happened--winter for a large part of the country west of the Mississippi, was never more than a few small instances of snow and ice. The same of course could not be said for the east coast with record snowfall and bitter cold for much of February. And that's the point; it was only February, the beginning of the winter for the

Why A Veto Of Keystone is a Veto Against Mother Nature 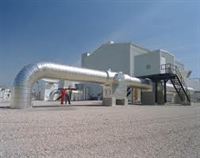 When the President laid out his plan for energy independence in a State of the Union address a few years back he mentioned that "everything is on the table", but he should have qualified it by saying "everything that doesn't alienate my large green donors". After years of stalling on deciding whether to approve the measure and the miles of hoops that TransCanada has been forced to jump through, his threat to veto the Keystone pipeline if it is passed by Congress, is extremely short-sighted. It reminds me of the line in the song Everybody Wants to Rule the World, which goes "I can't stand

Is The US Economy Bubble- Hopping? 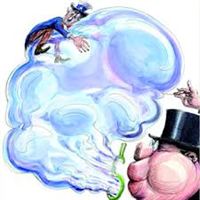 We are an economy of ExtremesWe are a economy of extremes--- an extremely robust equities market coupled with extremely low bond yields and interest rates, causing investors to take extreme risks. And our friends at the Fed are largely responsible for this environment. The cheap money that they have been pumping into the economy can be compared to the water and sand mixture frackers use to find oil. The Fed and frackers are similiar in that both are pumping something into something to generate results. For frackers the result is oil or gas, for the Fed, a better economy. Or is it?  Does

Has OPEC Given the World the Greatest Christmas present ever? 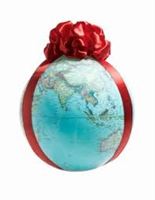 Where are oil prices headed?The decision by OPEC not to cut oil production was a complete shock to the energy markets and to yours truly. WTI was in a complete free fall as prices dropped over 10%, and would have continued if the market didn’t close for the week. It is now evident that OPEC has lost the ability to set and control world oil prices. I expect we will see some follow through as markets reopen on Sunday, but I believe the major move down is now behind us. Crude oil at $65 will surely cause some firms to curtail oil production and exploration, as extracting the black gold will

Crude at or Near the Bottom?

Where Natural Gas Prices are Headed

Where Energy, Gold and Equities Prices Are Headed This Week