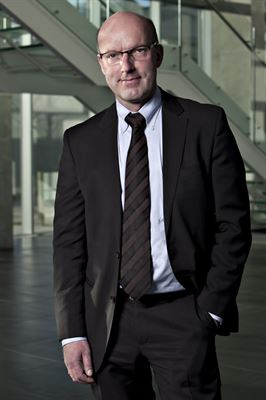 H. Lundbeck A/S (Lundbeck) has crowned six years of focused efforts on productivity improvements with a silver medallion in the prestigious Shingo competition. This is the first time a European company has been awarded the silver medallion. The honour is given in recognition of Lundbeck's work to introduce new production principles that have led to significant improvements in business productivity. Lundbeck has succeeded in cutting the cost of internally produced products by roughly a quarter compared to 2006 levels.

Lundbeck embraced the Japanese lean production principles as a tool to improve production in 2006. In addition to significant cost savings, increased employee motivation has resulted in more flexible and reliable production.

"We are very happy and proud to receive the Shingo Silver Medallion. This is a recognition of the huge efforts that all the staff and managers involved in the process have made, and of the very impressive results we have achieved in our production over the past six years,” says Lars Bang, Senior Vice President, Supply Operations and Engineering at Lundbeck.

A prize with perspective
The Shingo Prize is awarded in recognition of achievements that have already been made, and on an assessment of a company’s potential for continuous production improvements. And Lundbeck’s efforts to strive for further improvements will continue: the company’s ambition is to reduce production costs to 10 percent of sales.

The impressive results and great ambitions are not least due to Lundbeck’s success in making the lean method and production improvements part of the culture in Lundbeck’s production.

"We have succeeded in creating a culture that supports continuous improvement. One reason for this is that our work with the lean method has not been limited to the usual tools, such as control board meetings. We have chosen an integrated approach, which among other things involves extensive training of all employees and managers in production,” says Lars Bang.

Lundbeck is honoured on the basis of improvements in the company’s production facilities in Valby and Lumsås. Both production sites were thoroughly inspected in December 2011 by representatives of the Shingo organization as part of the competition.

Lundbeck will receive the Shingo Silver Medallion at an award gala that will be held in Jacksonville, USA, in May 2012.

About Lundbeck
H. Lundbeck A/S (LUN.CO, LUN DC, HLUKY) is an international pharmaceutical company highly committed to improving the quality of life for people suffering from central nervous system (CNS) disorders. For this purpose Lundbeck is engaged in the research and development, production, marketing and sales of pharmaceuticals around the world, targeting disorders such as depression, anxiety, schizophrenia and insomnia as well as Huntington’s, Alzheimer’s and Parkinson’s diseases.

Lundbeck was founded by Hans Lundbeck in 1915 in Copenhagen, Denmark, and today employs approximately 5,900 people worldwide. Lundbeck is one of the world’s leading pharmaceutical companies working with CNS disorders. In 2010, the company’s revenue was DKK 14.8 billion (approximately EUR 2.0 billion or USD 2.6 billion). For more information, please visit www.lundbeck.com.


About the Shingo Prize
The Shingo Prize for Operational Excellence was established in 1988 and is awarded once a year to promote awareness of the lean method and to recognize companies that promote world-class operational excellence. It is awarded by the Shingo organization, which is managed by the Jon M. Huntsman School of Business at Utah State University. For more information, please visit www.shingoprize.org