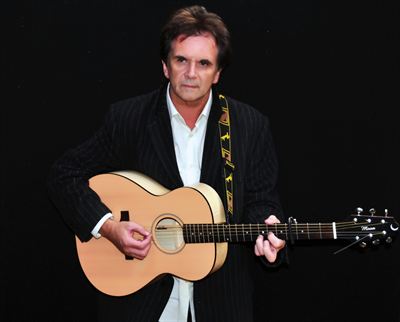 He may have extra people behind him these days, but Donnie Munro still feels more on his own when he takes the stage.

For 23 years Munro was frontman of the all-conquering Runrig, the band he joined in 1974 and remained with until 1997 when he pursued a political career.

Next month he will headline the award-winning Hebridean Celtic Festival as a solo artist, albeit with the support of an eight-piece band – three more than Runrig’s complement.

“What’s become significant for me is that when I was on stage with Runrig we were a unit, an entity we had created”, said Munro. “There is something fundamentally different about walking on stage as yourself; there is a rawness, you’re laying yourself bare in some ways and are much more exposed.

“You don’t have the cover of the entity. Even though I’m performing with a band, I still feel it’s much more a personal interaction.”

His appearance at HebCelt follows a recent 12-date, sell-out tour of Germany, during which time he recorded a live acoustic album which he hopes to release in late autumn through his German record company, Hypmusic in Hamburg.

Munro also completed a highly successful series of acoustic shows in 2013, a sell-out Danish tour and his reunion appearance with Runrig, in front of 13,000 fans, in August, for the band’s 40th anniversary concert

“That was an incredibly emotional experience”, he said. “Runrig was an enormous part of my life, both personally and professionally. The reason we were together went a million miles beyond music and to be back on stage together was very moving.

“I’ve carried over some songs from the early part of my Runrig career – some that have not been heard even by the band themselves for a very long time. The set I will perform at HebCelt will have a range of material from my travels and which relate in a particular way to my life and the area where I grew up.”

After leaving Runrig, Munro contested the UK Parliamentary constituency of Ross, Skye and Inverness West and later the same seat in the Scottish Parliamentary elections in 1999.

He launched his first solo album On the West side in 2000 and his 2006 CD Heart of America won the Scottish Trad Music CD of the Year Award.

Munro, whose band at HebCelt will include young Shetland fiddle player Maggie Adamson, a two-time winner of the Glenfiddich Fiddle Championship, and producer/musician Eric Cloughley, is a veteran of countless festivals across Europe, including Glastonbury, Reading, and huge events in Denmark where Runrig are particularly acclaimed.

However, having a long and deep affinity with Lewis, and having watched HebCelt grow considerably over the last 18 years, he feels honoured to be headlining at HebCelt.

“My relationship with Lewis goes back a long time and I have developed a tremendous affection for the island’s people and musicians it has produced.

“I have watched with enormous interest the fantastic success of HebCelt as it has grown year on year and I am absolutely thrilled to have been invited to perform this year.

“The success of an event like HebCelt is that it has created an event that has its own character and atmosphere and one that both audiences and artists want to come to. The way it has grown, and the quality of artists it has attracted means it is a festival of which Scotland can be immensely proud.”

The award-winning HebCelt will run from 16-19 July in Stornoway and Levellers and Big Country will join Munro as headliners. Rachel Sermanni, Cara Dillon, Duncan Chisholm, Cajun band Magnolia Sisters, from the US, and Canadian outfit Gordie MacKeeman and His Rhythm Boys will also be among nearly 40 acts featuring in the event’s biggest ever programme.

This year HebCelt was selected as one of the top 10 UK summer festivals for the fourth year in succession by the influential music magazine Songlines.

The 2013 event was the most successful in its history with ticket sales showing an increase of over 30 per cent on the previous year 2012. The 16,000-strong crowd – double the population of Stornoway - helped generate around £1 million for the local economy

In 2011 it was ranked Best Large Festival at the industry-sponsored Scottish Event Awards and it won Best Event of the Year award at the MG Alba Scots Trad Music Awards in 2004 and 2009. 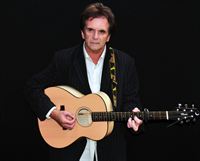