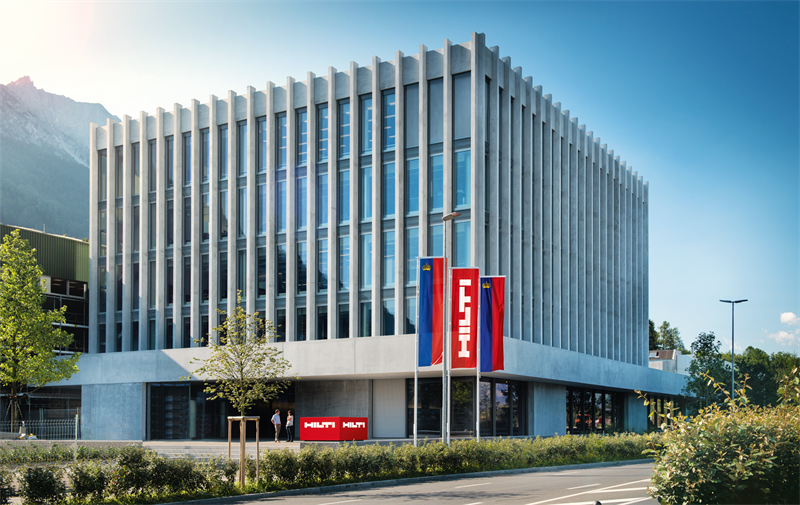 The Hilti Group's success over the decades is strongly connected with its long-term succession planning ensuring stability in key leadership roles and continuity. Entering a new phase, Hilti will undergo a major generation change over the next two years, given the age and tenure of certain long-term serving key representatives. The timing of this change is synchronized with a review of Hilti’s corporate strategy.

“We are very happy with the outcome of this succession planning cycle, providing the next generation of highly talented Hilti team members the great chance to formulate the future corporate strategy and to lead Hilti to the next level of sustainable success. It is satisfying to see that in the future Board of Directors the family will be represented again, underlining the character of a family company with its long-term orientation and strong values”, explains Michael Hilti, Honorary Chairman of the Board of Directors.

“The continued high quality and competence of our Executive Board and Board of Directors is very comforting. We are proud that we were again able to promote exclusively internal team members to our Executive Board. Team members with a proven record of leadership, high performance, strong people development and living our corporate culture. This is a practice we successfully adhere to since many years. With this generation change we are not only ensuring continuity in pursuing our strategic goals, but also trust and reliability for all our team members, our customers, our partners and our environment."

Over the next two years, the following leadership changes will take place:

At Hilti we design and manufacture leading-edge technology, software and services, which power the professional construction industry. We’re global, based in over 120 countries with more than 30,000 employees. Everyday our technologies support awe-inspiring feats of engineering around the world – from the famous bullet train in Japan to tunnels deep under some of the largest cities on earth. We offer a 360-degree service for the construction industry – from design software, products and tools onsite to training, repairs, testing and consultancy. We’re a one-stop shop for building, worldwide.

Hilti generated annual sales of CHF 5.9 billion in 2019. The headquarters of the Hilti Group have been located in Schaan, Liechtenstein, since its founding in 1941. The company is privately owned by the Martin Hilti Family Trust, which ensures its long-term continuity. The Hilti Group’s strategic orientation is based on a caring and performance-oriented culture and the goals of creating enthusiastic customers and building a better future.