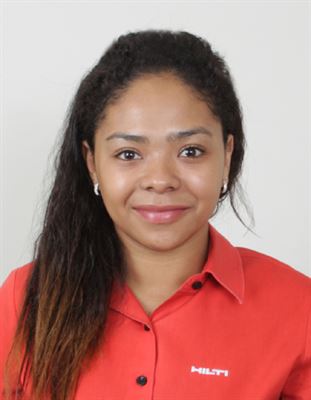 To celebrate International Women in Engineering Day on Wednesday 23rd June, professional tool manufacturer Hilti have been honouring this year’s theme – Engineering Heroes – by shining a light on women in engineering across the business.

Alongside social media posts, Hilti are continuing their commitment to diversity in the workplace by encouragingfemaleengineersto share their thoughts and experiences– promoting conversations around gender and how we can normalisewomen in construction.

Khadije Bah, Head of Technical Marketing and the Engineering Competence Centre for Northern Europe at Hilti, explains how important representationin engineering is.

“I’ve been fortunate to have parents that never made me feel there was a difference between what men and women can do. This has always made me believe that I can do anything if I set my mind to it. It isn’t until I grew up and became more exposed to the real world that I started to notice this isn’t necessarily the norm.

“When I started my engineering degree, I noticed the ratio between male and female was off balance. I noticed the same when I started working and wondered why. We need to do better at inspiring and motivating females from a younger age, to help them see that this is an industry they can enter as well.

“I’ve been working for Hilti for 8 years now, and I made a point for several years of being behind the stand at graduate fairs to show women that they can do it too. It’s all about representation.”

“During the beginning of my career, I must admit I faced adversity and it wasn’t always easy. As I progressed, I was inspired by all of the women I met in the construction field. I learned from their passion and experience, which had a really positive influence on me.

“If I could give any advice to women wanting to pursue a career in engineering, it would be to believe and trust yourself that you can make it. Knowing you can do anything you put your mind to. You only need to look around to see that women are progressing in engineering. Since joining Hilti in 2015, it’s really opened my eyes to see that there are opportunities for women to be successful and ambitious in this sector.”

Khadije adds, “To encourage women into a male-dominated industry, we need to ensure an inclusive, encouraging and supportive environment. For the most part, I’ve been lucky to be surrounded by people who have believed in me and given me the opportunity to grow to where I am today. But that hasn’t always been the case. I can’t wait until we don’t need to have these conversations about females in construction and engineering, but instead it just being the norm.”

The Hilti Group supplies the worldwide construction and energy industries with technologically leading products, systems, software and services. With 30,000 team members in over 120 countries the company stands for direct customer relationships, quality and innovation. Hilti generated annual sales of CHF 5.3 billion in 2020. The headquarters of the Hilti Group have been located in Schaan, Liechtenstein, since its founding in 1941. The company is privately owned by the Martin Hilti Family Trust, which ensures its long-term continuity. The Hilti Group’s strategic orientation is based on a caring and performance-oriented culture and the goals of creating enthusiastic customers and building a better future. 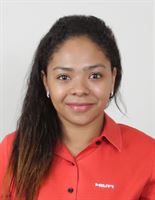 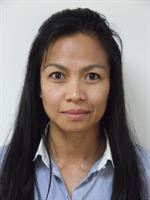