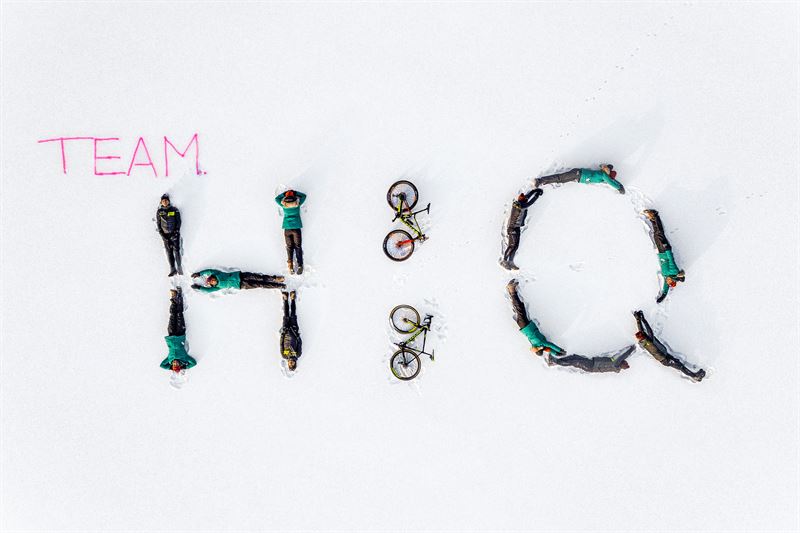 Since winning Olympic Silver, the Jerringpris Award and the Svenska Dagbladet Gold Medal, Lisa Nordén is setting her sights high again. The goal is good results at the World Championships and maybe even a fourth Olympics in Tokyo in 2020. As the new title sponsor, HiQ will help her get there.

HiQ is a title sponsor for the team that besides triathlete Lisa Nordén includes cyclists Calle Friberg and Henrik Sparr.

“We have a great journey ahead of us with Team HiQ. Our values – results, responsibility, simplicity and joy – are completely intertwined with how Lisa Nordén and her team work, so they seem like given partners for us. I expect we can also get some training tips from them,” says Lars Stugemo, President and CEO at HiQ International.

Since her Olympic successes and winning the Jerringpris Award and Svenska Dagbladet’s Gold Medal, Lisa Nordén has spent a few seasons fighting injuries. Now she is soon to be back after a foot surgery.

“Everything looks good in my heel and for the first time in a long time I don’t feel any pain. Then my focus will be on defending my gold in tempo riding from last year’s Swedish Championship, the European Championship for the half ironman in Denmark and after that, to make it to the World Championships in the autumn,” she says.

The collaboration with HiQ will last two years and the just-turned-33 star intends to keep her position as one of the top triathletes in the world at least that long.

“I want my opponents on the starting line to think, 'Oh, Lisa’s here. This won’t be easy'. This is going to be a great season, now that my body is already feeling better than it has in many years. I’m grateful for being given this opportunity by HiQ.”

In parallel with Lisa Nordén's aim for the world title, the Team HiQ mountain bike cyclists Calle Friberg and Henrik Sparr, both of them multiple Swedish Champions, aim for great results in Cape Epic in South Africa. The race is also known as the mountain bikers ‘Tour de France’, with almost 700 km of cycling and 13.530 meters climb over 8 days. Nationally the focus will be set on top placements in Cykelvasan, Lidingöloppet Mountainbike and Swedish Championships in cross-country & marathon.

"It’s really great to have HiQ onboard in our pursuit for great results, both on the top international level with Lisa as well as in the domestic mountainbike races like Cykelvasan and the Swedish Championships, says Calle Friberg, team manager for Team HiQ.

For 2019, Team HiQ will also have a youth initiative with the two talents Kajsa Eneroth and Joel Warrén.

HiQ helps to make the world a better place by making people’s lives simpler through technology, design and communication. We are the perfect partner for everyone eager to achieve results that make a difference in a digital world. Founded in 1995, HiQ has over 1,600 specialists in six countries and is listed on the Nasdaq Stockholm Mid Cap list. For more information and inspiration, please visit www.hiq.se