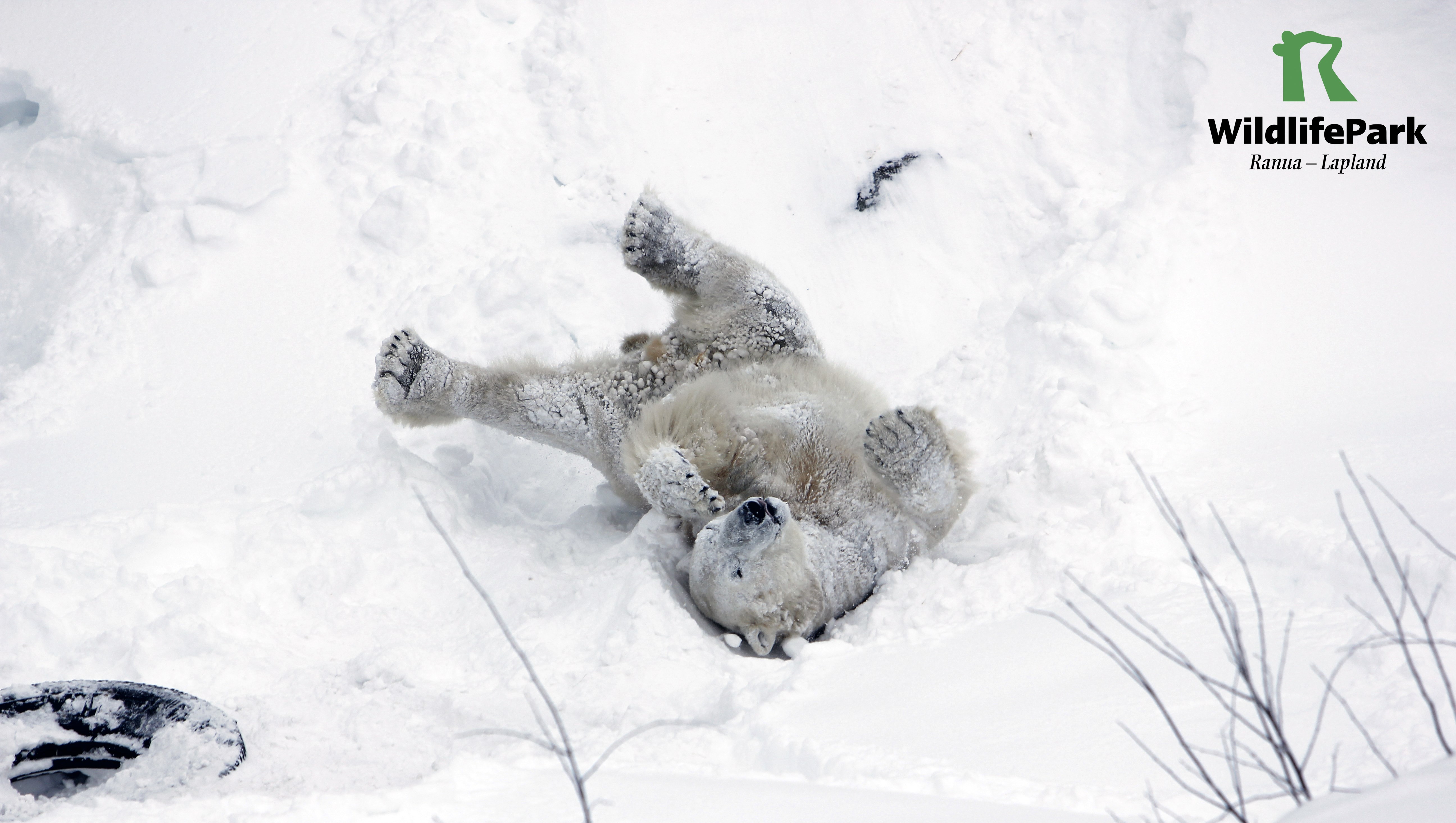 Nord came from Denmark, Skandinavisk Dyrepark. Nord was born in Moscow Zoo and the transfer was performed due to recommendation from EAZA´s (European Association of Zoos and Aquaria) polar bear coordinator.

Nord left Denmark on Friday, February 19th, and he arrived to his new home on Monday morning. The transportation went well and Nord had a good appetite the moment he got to his new den.

Nord will spend first days in his new home by getting used to his surroundings and his new keepers, and he might be hiding in the den occasionally. If all goes well, he will meet the female, Venus, later this spring. So far they will live in their own enclosures, and cubs are not expected this year.

The Ranua Wildlife Park, established 1983, specialises in arctic and northern animal species. The spacious animal fencings are located in the midst of northern conifer forests, the natural habitat of most of the animals. We are open every day of the year. The changing seasons give an additional dimension to our Wildlife Park visit.

The Ranua Wildlife Park is a member of the EUROPEAN ASSOCIATION OF ZOOS AND AQUARIA (EAZA). The EAZA gives guiding and recommendations for Wildlife Park operations, coordinating also the reproduction programs of endangered species as well as the protection campaigns.