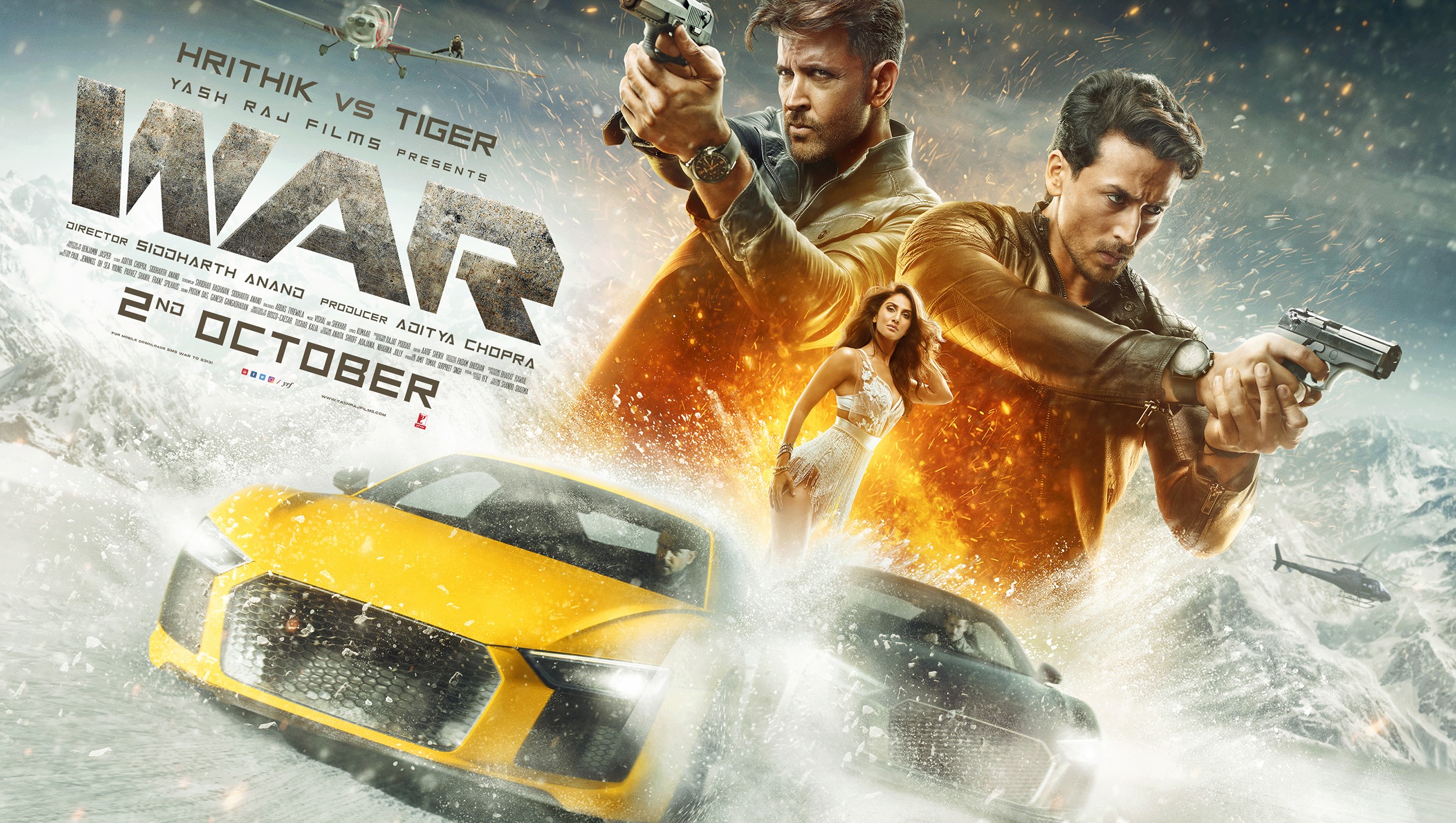 Lapland sets the stage for the stunning action sequences of War. The biggest action-entertainer of the year is produced by Yash Raj Films, Bollywood’s largest film production and distribution company. Directed by Siddharth Anand, War is an action spectacle that releases on October 2nd worldwide and stars two of the biggest action superstars of India, Hrithik Roshan and Tiger Shroff. Bollywood beauty Vaani Kapoor is paired opposite Hrithik and plays the leading lady. The film features a breath-taking and risky car chase sequence filmed in Rovaniemi, Finland.

Hrithik Roshan and Tiger Shroff have pushed their bodies to the limit to pull off this death-defying action stunt while trying to defeat each other. War has been shot in 7 countries and 15 world cities and the team shot the Rovaniemi’s dramatic car chase sequence in March 2019.

“Producers contacted us during their search for Arctic filming locations. After researching different options, including an alternate location for the scene in Sweden, we were fortunate in helping them choose Finland”, says Anna Niemelä, Film Commissioner at House of Lapland.

One of the important criteria in choosing the location was a skilled production company to handle the Finnish film production.

“For the location, we needed an unobstructed expanse of ice. We found that high up in the Arctic and a fantastic production team from Finland to handle the kind of scale we wanted. The Finnish crew—professional and organized—gave us one of the most brilliant working experiences we’ve had. Finland’s conditions were quite challenging during the winter, but our team was well-equipped and prepared. And what we found in Finland was a director’s dream, with unparalleled visuals”, says director Siddharth Anand.

Paul Jennings, well-known for his work on Game of Thrones and Batman Begins, among others, was the action director for the scene filmed in Rovaniemi. In Finland, production duties were handled by production company, Grillifilms.

“We filmed the scene on the river ice and forest roads. As far as the filming was concerned, Rovaniemi’s infrastructure worked really well.”

When Rovaniemi was selected as the filming location for the scene, the City of Rovaniemi joined the cooperation.

“Getting such a large production to film in Rovaniemi is a great reference for the region’s expertise and cooperation. Tourism from India is on the rise, and we believe that productions filmed here can only strengthen this growth”, says Tuula Rintala-Gardin, Director of International Affairs for the City of Rovaniemi.

The film premieres Oct. 2 and Indian media predicts it to be a blockbuster. The film has already received a lot of attention. The teaser of the film has got 46 million views and the trailer has racked up 60 million views till now on YouTube.

“War is by far the largest production that has filmed in Lapland, and the scene shot in Rovaniemi has the attention in the film’s marketing. We are really looking forward to the reception that the film will receive and the impact it will have on tourism and new film productions coming to the area. India is an attractive market to Lapland, and such visibility can be immensely important”, says Sanna Tarssanen, CEO of House of Lapland.

“Previous experience of visiting public figures from India to Rovaniemi has proven to be a workable and effective means of marketing communication. We hope that Lapland, as a magnificent Arctic location, will now truly breakthrough in Bollywood productions”, adds Visit Rovaniemi CEO Sanna Kärkkäinen.

India produces the highest number of films worldwide ever year. In 2017, of the 2000 film premieres, a fifth were Bollywood productions.

Link to the War trailer: https://www.youtube.com/watch?v=tQ0mzXRk-oM

House of Lapland is a marketing and communications house for the Finnish Lapland. We promote Lapland as a travel and business destination as well as a filming location and a place to live. Most importantly, we share stories of the life above ordinary.