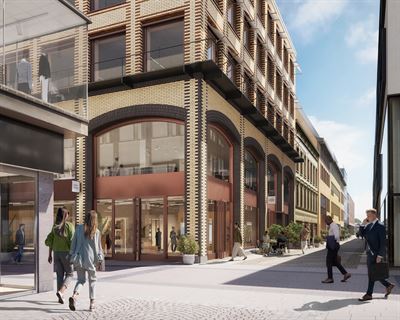 The building permit was granted in December and now the major renovation and expansion project in the Johanna block, located in the Inom Vallgraven district of Gothenburg, is now under way. In this location, Hufvudstaden will add modern, flexible and functional office and retail premises that strengthen and enhance the city centre.

The Johanna block, located between Fredsgatan, Södra Hamngatan, Drottninggatan and Östra Larmgatan, currently comprises four existing buildings and an undeveloped site. Hufvudstaden will build on the block’s distinctiveness, in which architecture from various eras comes together, adding to the character of the streets. When the project is completed, the block will comprise 44,000 square metres (GFA), of which 22,000 square metres will be newly developed space. Many new work and meeting places will thus be added to the area, in turn resulting in a more vibrant and safer city centre.

“Our development of the Johanna block is one of the largest projects to be conducted in the Inom Vallgraven district and will be an important addition to the overall development of Fredstan. The vision is for a modern, open and inspiring meeting place. A vibrant and safe city block, where people thrive and companies can grow,” says Fredrik Ottosson, Head of the Gothenburg Business Area at Hufvudstaden.

The vacant site on Södra Hamngatan, once the location of the legendary restaurant Johanna, is to be developed at last. This will be a slightly higher building with its own character, clad in light, natural stone, highlighting it as one of the block’s two main entrances.

“We have chosen to give the block the name Johanna in recognition of two Gothenburg institutions, the Johanna statue in Brunnsparken and the restaurant Johanna, which attracted people to the block in the 1970s and 80s. We are now planning new restaurants and café premises in the block that can become the meeting places of the future,” says Fredrik Ottosson.

During the autumn of 2021, preparatory work, such as foundation reinforcement, was conducted and the major project will commence during the spring and is scheduled to continue until 2025.

Head of the Gothenburg Business Area 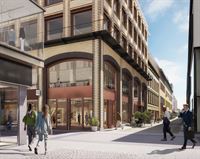 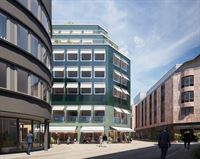 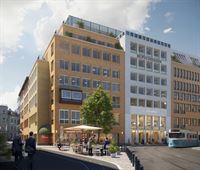 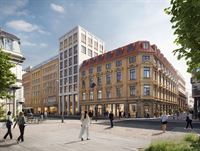