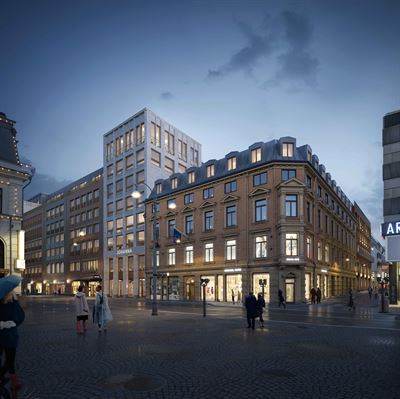 In Fredstan, at the heart of Gothenburg, a stone’s throw from the Central Station, is Hufvudstaden’s Johanna* block, comprising four existing buildings and the so-called “Johanna site” that has remained undeveloped since a fire. A major development project is now being initiated, during which the block will undergo careful remodelling and new construction, while buildings of cultural and historical interest will be preserved.

“The development of the Johanna block is one of Hufvudstaden’s largest projects during the 2000s. The ambitions are very high and we will create something entirely unique in this block. Following excellent cooperation with the city of Gothenburg during the planning process, it now feels very positive that we have signed a partnership agreement with NCC and can commence work on the project,” says Fredrik Ottosson, Head of the Gothenburg Business Area, Hufvudstaden.

The Fredstan city district will gain modern and flexible store and office premises that strengthen and develop the core of the city. The block will have a total floor space of approximately 44,000 sq.m., of which approximately 22,000 sq.m. will comprise newly developed areas. Some preparatory work will be conducted in the properties in 2021, with remodelling to commence at the start of 2022. The entire project is scheduled for completion at the end of 2025.

“This project is large, contains many complex elements and is also to be conducted in central Gothenburg. This places high demands on us as contractors and we are now looking forward to turning this into a reality in cooperation with Hufvudstaden,” says Henrik Landelius, Business Area Manager, NCC Building Sweden.

* The Johanna block has the property designations Inom Vallgraven 12:10 and 12:11. 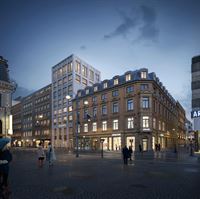