The HND-9 is the ninth concept model developed by the Hyundai Motor Group’s R&D Center in Namyang, Korea. Based on a modern reinterpretation of an elegant, classic premium sports coupe, sophisticated details in every design element of the car reinforce a premium look. The vehicle, with its dramatic, long hood and wheelbase, has an overall length of 4,695mm, width of 1,890mm and height of 1,340mm with a 2,860mm wheelbase.

Equipped with 3.3-liter turbo GDi engine and 8-speed auto transmission, HND-9 delivers a maximum output of 370ps, while its exterior design exudes a befitting image of the powerful performance.

Like its exterior, the interior styling of the HND-9 was designed to deliver a modern, luxurious driving experience. Three key concepts were embedded into the interior design to realize this goal: spiral sculpture, elegance and high-tech interface.

Based on the spiral sculpture concept - derived from Hyundai’s Fluidic Sculpture design philosophy - dynamic and distinctive spiral-shaped metal lines frame the entire interior in a speedy and rhythmical way, creating a unique layout.

The seats are made of sporty yet luxurious mesh, and depending on which angle they are seen from, they project different colors, exuding elegance and mystique. The driver-oriented, high-tech interface is modeled after a cockpit, offering both improved functionality and aesthetics, optimized for dynamic driving.

Including its world-premiere concept, Hyundai exhibits a total of 30 cars and 11 new technologies in 10 specialized zones, including displays for children. Hyundai’s booth, the largest at the show, is based on a theme called ‘Brilliant Moment O.’ The letter ‘O’ represents both Hyundai’s will to strengthen its basics (zero) and its communication with customers (circle).

Furthermore, as part of the company’s continued efforts to realize its ‘Modern Premium’ values, Hyundai introduced a variety of both internal and external collaboration projects. Namely, the ‘i40 Art Car,’ ‘My Baby’ project and ‘Equus by Hermes’ concept car showcase Hyundai’s brand enhancement efforts through design.

“Hyundai Motor has come a long way. However, we will not rest on our laurels, but continue putting forth our utmost efforts to deliver Hyundai’s unique ‘Modern Premium’ values to more customers,” said Choong Ho Kim, President and CEO of Hyundai Motor.

The ‘i40 Art Car’ is a design collaboration with one of the world’s greatest industrial designers, Karim Rashid, known for his creative and innovative visions.

Based on the concept of `harmony between design and technology,’ Rashid applied triangular and rainbow shapes on the exterior of the car to capture the speed and movements of the i40, one of Hyundai’s models designed and developed in Europe.

Along with the car, Hyundai also showcased ‘Karim Rashid’s Special Collection,’ consisting of a wristwatch, a backpack, a carrier bag and a tumbler, which display Rashid’s signature simple, unique designs while maintaining the traditional functions of these everyday items.

This is Hyundai’s third round of the ‘My Baby’ exhibition. Hyundai first launched this global design project in 2008 and exhibited the results for the first time at the 2009 Seoul Motor Show. This year, the project has been upgraded so that visitors can experience the themed spaces with videos, sounds and lights, in addition to the design models.

The project began as an internal competition with the aim of nurturing creativity among the company’s designers. Through the project, Hyundai designers based in Korea, U.S., China, Japan, Europe and India broke free from their daily routine to communicate their creative ideas to other designers in different countries. The project title, My Baby, appropriately reflects the designers’ devotion and attachment to their work.

The 2013 Seoul Motor Show runs between March 28 and April 7 at the Korea International Exhibition Center (KINTEX) under the theme of ‘With nature, for the people.’ 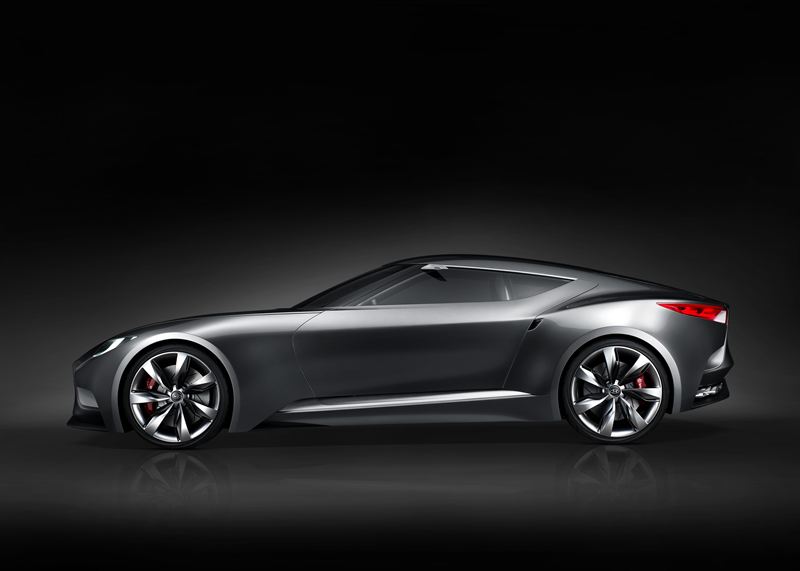 Established in 1967, Hyundai Motor Co. has grown into the Hyundai Motor Group, with more than two dozen auto-related subsidiaries and affiliates.  Hyundai Motor - which has seven manufacturing bases outside of South Korea including Brazil, China, the Czech Republic, India, Russia, Turkey and the U.S. - sold 4,4 million vehicles globally in 2012. Hyundai Motor, which employs over 90.000 worldwide, offers a full line-up of products including small to large passenger vehicles, SUVs and commercial vehicles. Further information about Hyundai Motor and its products is available at http://worldwide.hyundai.com and www.hyundaiglobalnews.com.