-      More dynamic, easier-to-navigate look for www.hyundaiglobalnews.com -      New press kit section; WRC and ix35 Fuel Cell pages coming soonSept. 11, 2013 – Hyundai Motor Co., the world’s fastest-growing automaker by brand value, announced a number of upgrades to its global media website aimed at improving the experience of media members visiting the site. The first thing viewers will notice is the site’s enhanced design – a bolder look that syncs up with Hyundai Motor’s spirit of dynamism and commitment to quality improvement at every consumer touch point. But the

Hyundai Motor Manufactures the 500,000th Car at its Russia Factory

-   Russia's most loved car, the Solaris, is the 500,000th car -  More than 6,200 manufacturing-related jobs created by the facilityAugust 15, 2013 – Hyundai Motor Manufacturing Russia (HMMR) in Saint-Petersburg held a ceremony for the production of its 500,000th car. A red Russia-exclusive Solaris sedan with an automatic gearbox and 1.6-liter engine is the anniversary car. The Governor of Saint-Petersburg Georgy Poltavchenko and General Director of Hyundai Motor Manufacturing Russia Shin Myeong Ki as well as dealers and customers attend the celebration, but the guests of honor were the

-  WRC specialist Chris Atkinson joins Hyundai Motorsport's testing programme -  The Australian will support the development of the i20 WRC at selected tests in 2013July 26, 2013 - Hyundai Motorsport has added a third name to its test driver line-up with confirmation today that Australian WRC driver Chris Atkinson will be part of the team’s testing programme for 2013. Thirty-three-year-old Atkinson will be behind the wheel of the i20 WRC for the first time next week in a private test session. The skilled Australian will support Hyundai Motorsport’s main test drivers Juho Hänninen and

- Hyundai Motor kick-starts its sponsorship program as the official partner of the 2014 FIFA World Cup Brazil™ with a vehicle handover ceremony - A wide range of 302 Hyundai vehicles to be provided for transport of officials and VIPs during FIFA Confederations Cup Brazil 2013May 30, 2013 – Hyundai Motor Company, the official automotive partner of the 2014 FIFA World Cup Brazil™, today kicked off the countdown to the world's biggest sporting event by holding a handover ceremony for the FIFA Confederations Cup Brazil 2013 at Estádio Nacional in Brasília, Brazil, attended by VIPs including

· Hyundai prepares for full-time presence at iconic race track · €5,5 million facility will increase capacity for vehicle testing · Construction of purpose-built test centre to be completed by August 2013Offenbach, 31 May 2013 Hyundai is undertaking final preparations ahead of moving into its new vehicle test centre located at the iconic Nürburgring track in Germany. The purpose-built facility will be a permanent base at the track for the company, providing a dedicated resource for evaluating its vehicles on what is widely recognised as the toughest such circuit in the world.

Hyundai Motor To Be Piccadilly Resident For Next Five Years

· Famous Piccadilly Lights to show Hyundai advertising until October 2018 · Company continues its ‘residency’ to build brand awareness · Hyundai’s presence onLondon’s iconic screens will reach 2 million people per week High Wycombe, May 29, 2013 – Hyundai has confirmed it will retain its place on the iconic Piccadilly Lights in central London. The advertising landmark and tourist hot-spot will display the brand’s advertising until October 2018, helping Hyundai to raise awareness of its brand, following an initial two-year agreement signed in 2011. “We have had a prominent

-  Shakedown marks beginning of Hyundai Motorsport's testing activity -  First comprehensive testing session carried out last week to evaluate all key areas of i20 WRC's performanceMay 27, 2013 - After an intensive few months of preparation at its new headquarters, Hyundai Motorsport has taken the i20 WRC out of the workshop and onto the road to start its testing program. The result was a successful shakedown for the latest specification of the Hyundai i20 WRC on a private testing ground near its Alzenau, Germany, headquarters. Hyundai Motorsport’s technical team completed the rollout

· Expansion is almost complete after only one year of construction · New i10 production will start at end of September · More than 2,800 new jobs will be created · 180,000 units to be exported by 2015Istanbul, May 24, 2013 Hyundai Motor Company has nearly completed the major expansion of its Turkey plant, Hyundai Assan Otomotiv Sanayi (HAOS), which will double capacity to more than 200,000 units and feature production of the new i10. Construction continues at full speed one year after the USD 609 million expansion announcement was made, and the press, body and trim shops will

· New Generation i30 the one millionth car produced by award-winning plant · More than 10.000 manufacturing-related jobs created by facility · Hyundai orders €1,3 billion-worth of parts from European suppliers annually Offenbach, 16 May 2013 On 16 May 2013, a New Generation i30 became the one millionth car to be produced at Hyundai’s award-winning manufacturing facility in Nošovice, Czech Republic. Production started at the plant on 3 November 2008, with an original i30 model being the first car to emerge from the line. Hyundai has invested €1,2 billion in its Hyundai

- The Mistra concept, a preview of Hyundai’s latest China-exclusive model, makes its world debut at the motor show - Hyundai to accelerate efforts in becoming a leading brand in China April 20, 2013 – Hyundai Motor Company unveiled a new concept vehicle at the 2013 Shanghai International Automobile Industry Exhibition. The new model, a preview of Hyundai’s upcoming China-exclusive mid-sized family sedan, will strengthen Hyundai’s efforts to establish itself as a leading brand in the world’s largest auto market. Hyundai unveiled the Mistra concept at the Shanghai New

· Key appointments to consolidate the team in core areas have been made at Hyundai Motorsport GmbH since the beginning of 2013 · Frenchman Bertrand Vallat leads the design office while compatriot Stephane Girard takes the role of Engine Manager · Alain Penasse to joinHyundai Motorsport as Team Manager, managing the team’s operations · Joining Hyundai Motorsport from Hyundai Motor Europe, Stefan Ph. Henrich heads marketing & communications teamAlzenau, 9th April 2013 Since the appointment of Team Principal Michel Nandan in January, the team has focussed not only on building its 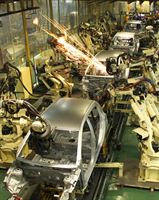