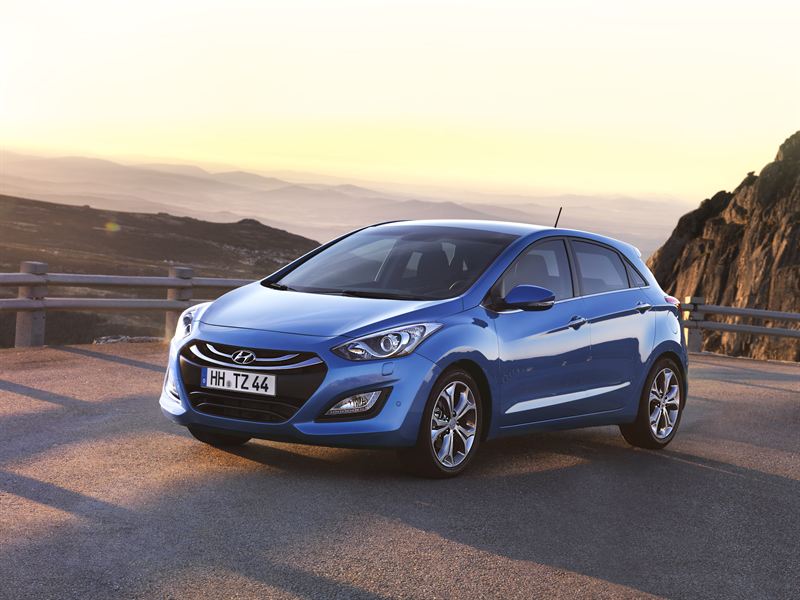 - Next evolution of fluidic sculpture form language revealed on newcomer

Hyundai Motor Company revealed the first photos of the new-generation i30, ahead of the car’s world premiere at the 2011 Frankfurt Motor Show (IAA) next week, showing an exciting new look for the company’s best-selling C-segment hatchback.

Hyundai expects the new-generation i30 to build on the remarkable success of the original model – the company’s first car launched with the ‘i’ prefix, introducing a new nomenclature and heralding a new era for Hyundai inEurope.

The original i30 was also the first model to be designed and engineered in Europe, the first to be produced at the company’s state-of-the-art manufacturing facility in theCzech Republic, and the first Hyundai car to receive five stars from Euro NCAP.

Thomas Bürkle, Chief Designer at Hyundai Motor Europe Technical Centre, commented: “The new-generation i30 is recognisable thanks to the Hyundai family face with its signature hexagonal-shaped front grille and the jewel-like design of the headlamps, together with distinctive daytime running lights. These lights present an angular shape within a more softly-edged recess, adding a strong personality to the vehicle, as well as a sense of refinement and luxury.”

“Through the profile of the new generation i30, a strong character line runs over the front and rear wheelarches all the way to the tail lamps. A softer, lower character line rises up the car’s flank creating a play of light and shadow – a fundamental feature of fluidic sculpture,” Thomas Bürkle concluded.

Allan Rushforth, Senior Vice President and COO of Hyundai Motor Europe, commented, “We expect the new-generation i30 to appeal to young, progressive buyers who want a car that not only performs well but looks great too. In this way, the new-generation i30 will contribute to future sales success, growing brand awareness and improving perceptions of Hyundai among European consumers.”

“The car has been designed to take on the leading vehicles in the C-segment and join the all-new i40 as a quality benchmark for Hyundai. Our ultimate customer care package, Five Year Triple Care, will be a valuable point of differentiation for the new-generation i30 in its highly competitive class,” Allan Rushforth added.

Established in 1967, Hyundai Motor Co. has grown into the Hyundai Motor Group which has ranked as the world’s fifth-largest automaker since 2007 and includes more than two dozen auto-related subsidiaries and affiliates. Hyundai Motor, which has six manufacturing bases outside of South Korea, sold approximately 3.6 million vehicles globally in 2010. Hyundai vehicles are sold in 186 countries through some 5,300 dealerships and showrooms. Further information about Hyundai Motor and its products is available at www.hyundai.com.