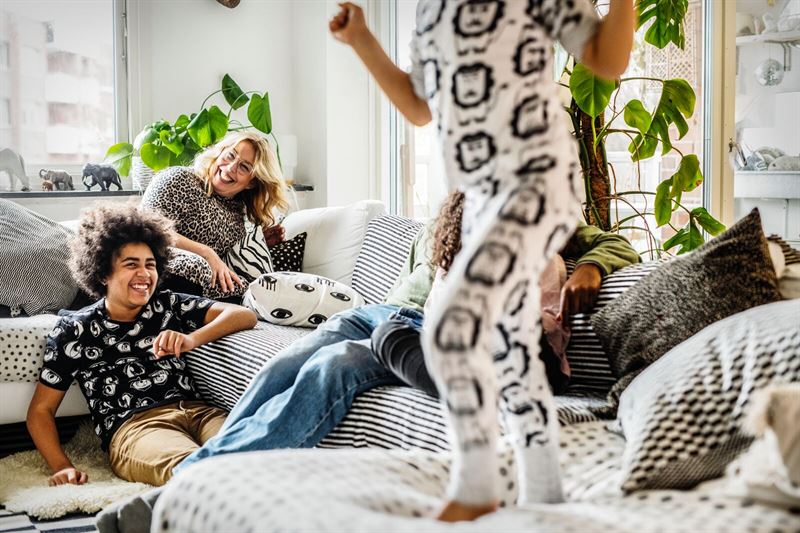 IKEA Family is for everyone and with over 150 million members, it is one of the world’s largest customer clubs.

IKEA Family is a club that helps bring its members’ ideas to life. While some clubs may be for the select few, IKEA Family is for everyone who wants a better life at home. From those whose homes are their passion, to those who are just starting out and need a helping hand. Making sure that members succeed in creating their dream home is the simple goal for IKEA Family.

That is achieved by reaching, inspiring and rewarding the many people with small wallets but big dreams.

Like in any family, the IKEA belief is that a healthy relationship starts with giving. Therefore, member benefits are offered without expecting anything in return, such as a free hot drink on every visit.

Home furnishing know-how is offered by IKEA in order to inspire, advise and support members. The goal is to help members succeed in creating their dream home.

IKEA is continuously working on improving members’ experience and rewards, as a special way of saying thank you for members’ engagement and contribution.

Understanding members’ needs and wishes gives insight into its customers and allows IKEA to constantly learn and to tailor offers and target its expert knowledge in the right areas. Members spend more, visit IKEA more often and were responsible for 50 percent of revenue in FY19.

Tolga Öncü, Global Retail Operations Manager at IKEA Retail (Ingka Group) says: “Reaching 150 million members is astonishing. The number is very difficult to grasp, but if all the IKEA Family members were to stand in line, in non COVID-19 times, it would be two rounds of the planet. With 150 million members there is huge growth potential and endless possibilities to create a better everyday life for the many people."

IKEA Family history
The family tree dates back a long way! Right back in fact to IKEA founder Ingvar Kamprad. IKEA Family was launched in the Linköping store in Sweden in 1984, but its foundations were set back in 1952 when Kamprad started the first IKEA customer club, ‘Silverklubben’.

He saw the importance of having an ongoing and strong relationship with IKEA customers. Through the club he communicated with members directly and learnt about their needs and wants.

A lot has changed since then, but that curiosity remains. The inspiration has always been customers and the on-going ambition is to know customers’ tastes, ideas and plans, to create the perfect IKEA experience.

IKEA Family - did you know?

Ingka Group (Ingka Holding B.V. and its controlled entities) is one of 12 different groups of companies that own and operate IKEA retail under franchise agreements with Inter IKEA Systems B.V. Ingka Group has three business areas: IKEA Retail, Ingka Investments and Ingka Centres. Ingka Group is a strategic partner in the IKEA franchise system, operating 380 IKEA stores in 30 countries. These IKEA stores had 839 million visits during FY19 and 2.6 billion visits to IKEA.com. Ingka Group operates business under the IKEA vision - to create a better everyday life for the many people by offering a wide range of well-designed, functional home furnishing products at prices so low that as many people as possible can afford it.