OCTOBER 29, BRUSSELS: Ulrika Biesèrt, Global People & Culture Manager, Ingka Group, shared highlights of the company’s journey towards gender-balanced leadership during a conference with the European Institute of Gender Equality (EIGE). At the event, high-level panellists discussed the findings of the latest Gender Equality Index and areas for improvement.

EIGE’s Gender Equality Index is based on gender gaps in six core areas: work, money, knowledge, time, power and health. The 2020 Index shows that inequalities between men and women are most pronounced in the “power” domain. According to the EIGE, an EU agency established to make equality between women and men a reality for all Europeans, it will take more than 60 years to achieve gender equality in the EU at the current pace of progress.

“Gender balanced leadership cannot be reached by changing HR policies alone. Real movement requires a mind-shift where equality is seen as an integral part of the business agenda. At IKEA, we were able to break through when we required gender equality goals to be included in every country’s business plans. I am proud to say that we treat our goals on equality with the same level of importance as we treat our financial goals,” said Biesèrt.

50 percent of managers at Ingka Group are women. The gender equality journey touched and continues to touch every part of its business. 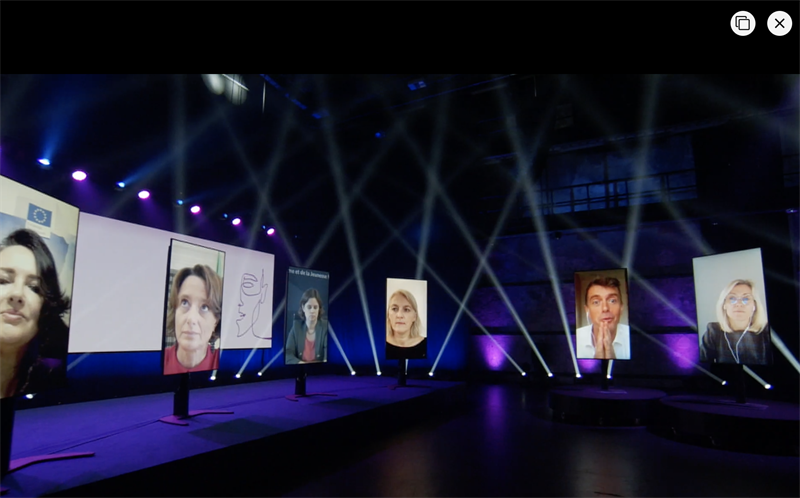 “At IKEA, we pride ourselves on a culture of inclusion, which is essential to creating true gender equality. Numbers are important but what happens after? When female managers enter a traditionally male-dominated space, are their voices truly heard? Or are discussions still dominated by men despite the numbers indicating balance? Gender equality can only thrive in a culture where everyone’s unique perspective is valued and where different leadership styles are welcome,” underlined Biesèrt. Conference participants also explored this year’s special focus of the Index – digitalisation in the world of work – and the consequences for gender equality.

Ingka Group is a founding member of the World Economic Forum’s initiative, “Hardwiring Gender Parity into the Future of Work”. The initiative aims to ensure gender balance in the fast-growing jobs of the future. As the world of work evolves, Ingka Group is committed to embedding equality, diversity and inclusion into its approach to the future of work, strengthening the long-term employability of its co-workers and accelerating job creation for all.

Recordings of the conference will be available to watch at: https://eige.europa.eu/gender-equality-index/2020-conference

Ingka Group (Ingka Holding B.V. and its controlled entities) is one of 12 different groups of companies that own and operate IKEA retail under franchise agreements with Inter IKEA Systems B.V. Ingka Group has three business areas: IKEA Retail, Ingka Investments and Ingka Centres. Ingka Group is a strategic partner in the IKEA franchise system, operating 378 IKEA stores in 30 countries. These IKEA stores had 706 million visits during FY20 and 3.6 billion visits to IKEA.com. Ingka Group operates business under the IKEA vision - to create a better everyday life for the many people by offering a wide range of well-designed, functional home furnishing products at prices so low that as many people as possible can afford it.