IWD: IKEA Retail Japan CEO encourages women to do it their way 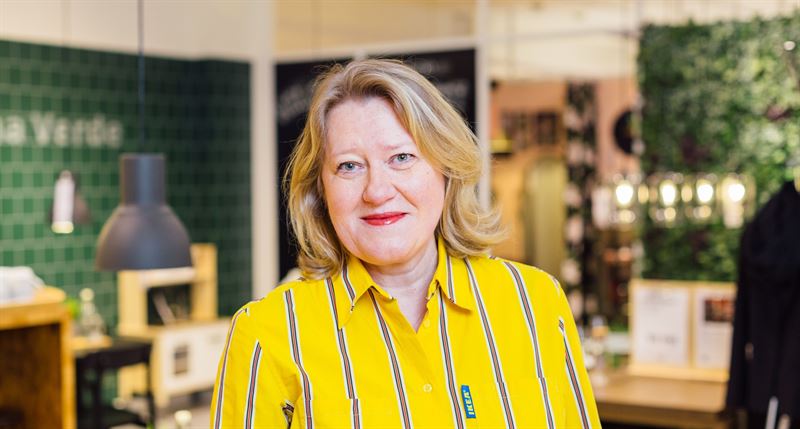 IKEA Retail Japan is one of 30 operating countries for Ingka Group, a strategic partner in the IKEA franchise system. There are nine stores, one distribution, and a newly opened IKEA for Business planning studio in the country.

Ingka Group believes that everyone has the right to be treated fairly and given equal opportunities, no matter what their gender is. We’re committed to reaching true gender equality. That means ensuring equal opportunities for both women and men, and reaching 50/50 gender balance in all countries, levels and positions, including boards and committees.

Helene has been at IKEA for over 20 years and is a mother to two children.

How are women juggling work and family life in Japan?
At the moment, Japan is adapting to a new reality with schools closed for a month due to coronavirus.  Working mothers of school children are juggling their work and childcare at home as we speak.

Even though Japan is a developed country, we need to drive a paradigm shift in dramatically changing the way we see gender roles in Japan, where traditional perceptions have been segmented.

How and why should men be involved in the conversation around gender equality?
When we talk about gender equality, it is essential to include men in the picture. For example, paternity leave in Japan is not common yet even though the benefits are great, but it has been a hot topic that Environment Minister Shinjiro Koizumi was acting on it earlier this year. But we need more Koizumis.

In the workspace, to achieve gender balance companies need to set goals that are connected to the employees and managers’ personal development and reward system.

What would be your message to women on IWD?
I really wish for women to have the confidence to believe in themselves, not having to living up to all the standards and all the expectations, and to be able to say, ‘I am going to do this my way’, and to be respected for that.

What about the IKEA equality commitment in Japan?
As IKEA Japan, we still have much work in achieving the equality through our communications on Equality Starts at Home. We also need to lead by example by achieving 50/50 gender ratio for all the functions throughout IKEA Japan. By 2022, we are committed to achieve gender equality in IKEA globally, providing equal opportunities, equal pay: No more, no less.

Ingka Group (Ingka Holding B.V. and its controlled entities) is one of 12 different groups of companies that own and operate IKEA retail under franchise agreements with Inter IKEA Systems B.V. Ingka Group has three business areas: IKEA Retail, Ingka Investments and Ingka Centres. Ingka Group is a strategic partner in the IKEA franchise system, operating 374 IKEA stores in 30 countries. These IKEA stores had 839 million visits during FY19 and 2.6 billion visits to www.IKEA.com. Ingka Group operates business under the IKEA vision - to create a better everyday life for the many people by offering a wide range of well-designed, functional home furnishing products at prices so low that as many people as possible can afford it.