New sustainable store in Copenhagen announced
IKEA takes another step into cities, with a new sustainable store in central Copenhagen. The store will have a public rooftop park, 250 trees, 1450 sqm solar panels and parking for over 760 bikes. Designed by Dorte Mandrup, the store will be made for convenience, inspiration, and urban consumer behaviour and is set to open in 2023.

IKEA Zagreb launches automated warehouse for small home furnishing products
All around the world IKEA is experiencing a dramatic increase in ecommerce orders. One way IKEA is meeting this increasing customer demand is by adapting existing IKEA stores to better fulfill customer orders. In IKEA Zagreb, Croatia, this means operating an innovative automated warehouse that increases the store’s capacity to fulfill customers’ ecommerce orders. Thousands of best-selling IKEA products are stocked in bins, which can be automatically brought to an IKEA co-worker in just 15 seconds.

The automated warehouse uses small, radio-controlled robots to retrieve bins filled with IKEA products. It can store up to 4 times more products in the same amount of space compared to normal IKEA warehouse racking and it allows up to 60% more total volume. It’s flexible, modular and long-lasting, so it can expand as IKEA operations grow. Plus, it’s energy efficient, with 10 robots using the same amount of power as a vacuum cleaner.

CEOs ask world leaders to support bold net-zero commitments
Jesper Brodin, CEO, Ingka Group, joined over 70 CEOs from across the world in signing an open letter to world leaders, in support of bold and courageous commitments, policies and actions in the race to net-zero. The CEOs, who are all members of the Alliance of CEO Climate Leaders, signed the letter ahead of the G7 summit, asking governments to accelerate the transition to net-zero before COP26, in order to accelerate even more action from the private sector.

Barbara Martin Coppola on the importance of breaking through the barriers to address gender inequality
On 7 June, Barbara Martin Coppola, Chief Digital Officer, Ingka Group, delivered a keynote speech at the Women in Tech Online Series, along side among others Michelle Obama, former first secretary of the United States. During her speech, she touched on crucial points, such as being minority in tech and how this can become a source of strength. “When it comes to women in technology, we have to think bigger. We have to ask ourselves, how can we as women in technology pave the way towards more equality”, Barbara said during her speech.

Skills for Employment – a refugee integration initiative set to grow
Ingka Group’s long-term goal is to support 2,500 refugees to improve their skills to gain meaningful employment inside or outside of IKEA in 30 countries by 2022. While it’s a small number compared to 80 million forcibly displaced people, every contribution is important and impacts more than just the participants. In IKEA France, Dady, a student in the Democratic Republic of the Congo before he was forced to flee, has participated in a new initiative at IKEA France called Skills for Employment. Today, he works as a goods flow co-worker at the IKEA store in Reims in northeastern France. He says he wants to pursue a career in logistics and ultimately own his own company.

IKEA Foundation joins forces with Rockefeller Foundation to tackle energy poverty and climate change
The IKEA Foundation and The Rockefeller Foundation will set up a USD 1 billion global platform o fight climate change and energy poverty. The aim of the platform, due to launch later in the year, is to reduce 1 billion tons of greenhouse gas emissions and empower 1 billion people with distributed renewable energy. This is renewable energy that comes from sources such as a mini-grid, rather than central sources like power plants.

The new platform will help countries to leapfrog to renewable energy, help tackle energy poverty and aid recovery from COVID-19. With 800 million people worldwide lacking electricity, and a further 2.8 billion having unreliable access, the aim is to deliver clean and reliable power to them. It will be run as a public charity to manage a concerted effort to rapidly channel development funds to life-changing projects on the ground.

For investments it is clear that financial performance and sustainability go hand in hand, and for IKEA this is how we will grow, stay relevant and remain profitable, for generations to come.

One area where this all comes together is our renewable energy investments portfolio, where we first saw the opportunity in 2009 and to date have invested over EUR 2.5 billion which has enabled us to generate more renewable energy than we consume across our operations.

“…By moving into cities and creating new jobs and meeting places, we are revitalising areas and supporting local communities; something that has always been close to our heart”, says Jette Jørgensen, Expansion Manager, Ingka Group. 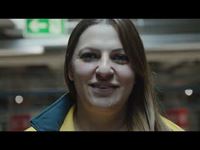