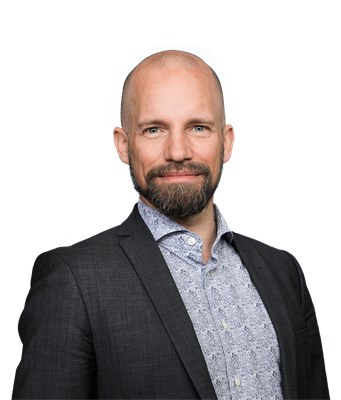 The Battery Sensors and Instruments business areas take a concerted approach to electric vehicles
• Board and organization strengthened.

Significant events April–June
• Insplorion’s annual general meeting was held on April 19th where Magnus Jonsson was elected as a new member of the board.
• The annual general meeting also decided to introduce an incentive scheme based on employee options and warrants for all employees of the Company as well as an incentive scheme based on warrants for the Board of Directors.
• Key personnel, employees and the board subscribed for a total of 156,500 warrants and the company receives SEK 570,440 within the incentive schemes.
• Insplorion has recruited Per Giljam as Chief Financial Officer (CFO).

A word from the CEO

Positive results after completed test of battery development instrument
The German automobile manufacturer has now completed its testing of the rented battery development instrument, which aimed to evaluate our technology to study processes in lithium-ion battery cells. The testing has been successful and we are currently negotiating the modalities for continued instrument use. The application demonstrates how our business areas Research Instruments and Battery Sensors are interacting.

The potential of Insplorion’s research instrument in the context of battery development is being verified for customers in both industry and academia. The use of the instrument shows that our technology can migrate from the development department of industrial customers into their product development and production. That way, instrument sales are opening the way to establishment of the technology within the sensor business areas.

In the battery sensor segment, development work is ongoing. AMTE Power in the United Kingdom is our closest battery-manufacturing partner. It is gratifying to see AMTE take decisive steps in its own development, such as the successful IPO carried out during the spring and the following expansion of production capacity. AMTE Powers’ expansion is one example of the investments that are being made in the battery industry across Europe, which indicates a willingness to take on the fight against competitors, mainly in Asia. For Insplorion’s part, we see good opportunities to develop existing and new collaborations with more European battery manufacturers, both smaller niche players and larger volume operators.

Air quality sensors – field testing yields system optimization + more references
As regards the air quality sensor, a number of projects are under way, with varying degrees of adaptation to the various applications of each respective customer. Beyond the sensor as such, we are also assuming a greater responsibility for integration and greening during this early start-up phase than we intend to do in the long term. We are working within those areas where we see a potential for scalability, which today mainly is ventilation control and air quality monitoring in the context of Smart Cities. An example related to Smart Cities is our cooperation with the Urban Flows Observatory in Sheffield, England. After an initial test run of the sensors indoors, the project moved to field testing where data was collected from outdoor air during the summer.

In the next step, the sensors will be moved around and measurement data from our sensors will be coordinated with measurement data from reference instruments and complementary sensors. My assessment is that we will gain more references as a result of the project, while being able to upgrade the system optimization and the management of the platform for different user environments.

Insplorion AB, with its disruptive sensor platform NanoPlasmonic Sensing (NPS), operates within four field. air quality sensors, hydrogen sensors, battery sensors and research instruments. The sensors are  small, durable and cost efficient at volume production. Our sensor technology enables air quality sensors at home, in cars and in public environment, Our hydrogen sensors show a sub-second response time, making them the fastest in the world and will promote the growth of hydrogen infrastructure. The battery sensor optimizes battery control and usage. Our instruments give scientists around the world nanometer sensitive real time data of surface processes in fields like catalysis, material- and life science. 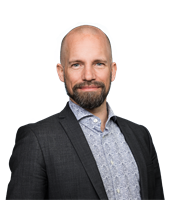