Georg Brunstam proposed as new Chairman of the Board in Inwido 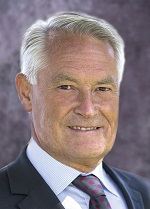 The Nomination Committee of Inwido, Europe’s largest supplier of windows, will propose Georg Brunstam as new Chairman of the Board at an extra general meeting. Georg Brunstam was born 1957 and is today chairman of HEXPOL AB and board member of Melker Schörling AB, Nibe Industrier AB and Beckers Industrial Coatings Holding AB. Georg has been active in the manufacturing industry for more than 30 years, most recently as CEO of Hexpol. Inwido’s former Chairman of the Board Arne Frank suddenly passed away during the summer 2017 and since then Board member Anders Wassberg, President and CEO of Ballingslöv, has been acting chairman of Inwido.

The Chairman of the Nomination Committee, Thomas Wuolikainen (Fourth AP Fund), comments;
"After the tragic message about Arne passing away, the Nomination Committee has worked intensively and constructively. We are therefore pleased that we now can propose a new Chairman of the Board in Inwido. The Nomination Committee assesses that Georg Brunstam, as strategic and senior leader, holds several of the qualities Inwido searched for in a new Chairman. During many years, he has successfully developed and operated listed companies where, among other things, international acquisition-based growth has created value for the shareholders. Georg is a highly skilled businessman, a recognized talented leader and strategically versatile. "

The extraordinary general meeting is scheduled to be held before the end of the year.

Please read the pressrelease in the pdf attached

About Inwido
Inwido is Europe’s largest supplier of windows and a leading door supplier. The company has operations in Denmark, Finland, Norway, Sweden, Austria, Estionia, Ireland, Lithuania, Poland and the UK, as well as exports to a large number of other countries. The Group markets some 20 strong local brands including Elitfönster, SnickarPer, Hajom, Hemmafönster, Outline, Tiivi, Pihla, Diplomat and Sokolka. Inwido has approximately 4,000 employees and generated sales of slightly more than SEK 5.7 billion in 2016. The Group's headquarters are located in Malmö, Sweden. For further information, please visit www.inwido.com