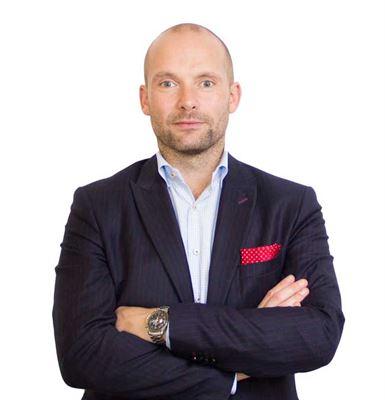 This information is such that Inwido AB (publ) is obliged to publish in accordance with the EU market abuse regulation and the Swedish Securities Market Act. The information was submitted by the below contact persons for publication on 15 July 2019 at 7:45 a.m. CET.

The CEO comments:
"During the second quarter of 2019, we continued to deliver robust earnings with a strengthened margin and improved cash flow, despite a challenging market for windows in Sweden and Finland.  Compared with the corresponding period in the preceding year, net sales decreased by 1 percent over the quarter to SEK 1,710 million (1,729). Despite the lower sales, operating EBITA increased to SEK 187 million (184) over the quarter. This led to an increasing operating EBITA margin to 10.9 percent (10.6), mainly due to our early cost savings initiatives and a generally more favourable mix, with Consumer sales on par with the preceding year and a decline in Industry sales. Our combined assessment is that we are, on the whole, continuing to capture market shares in the Nordic market.

Continued favourable development in South, weaker in North
Business area South continued to develop positively during the quarter, mainly due to favourable development among our units in Denmark and the UK, the latter in a weak UK window market. Business area South’s sales increased by 6 percent and its operating EBITA rose to SEK 115 million (99), meaning that the operating EBITA margin rose to 16.7 percent (15.2). The positive trend we have seen in e-Commerce over several quarters continued, with organic sales growth of 7 percent. At the end of the quarter, business area South’s order backlog was 19 percent higher than at the same time in the preceding year.

During the period, development in business area North was weaker, due primarily to a negative trend in the Industry markets in Sweden and Finland, which mainly affected our larger units in those markets. In Sweden, the overall market for windows has gradually shrunk since the second half of 2018 and, in our assessment, this weakening continued in the second quarter of 2019, in pace with a continued decline in new construction. However, conditions appear more stable in Inwido’s key Consumer segment, and in Norway. Our cost savings initiatives have helped offset the decline in volumes. Overall, this resulted in sales for the quarter decreasing by 6 percent, while operating EBITA decreased to SEK 76 million (99), meaning that the operating EBITA margin landed at 7.8 percent (9.6). Business area North’s order backlog was 14 percent lower than at the same time in the preceding year.

Improved cash flow and reduced debt
Our long-term acquisition strategy stands firm and our efforts to further strengthen the balance sheet to be able to make acquisitions continue. During the first half of the year, operating cash flow was positive in the amount of SEK 213 million, compared with a negative development of SEK 6 million in the corresponding period in the preceding year, bringing the net debt/EBITDA ratio at the end of the quarter to 2.8, excluding IFRS 16, compared with 12 months earlier when the ratio was 3.2. This means we are gradually approaching the Group’s net debt/EBITDA target of 2.5.

Future prospects
The Industry market in both Sweden and Finland is showing few signs of recovery, with expectations of a continued decline in new construction activity. The Consumer markets appear more stable, but are difficult to assess, partly due to political uncertainty. The conditions in the Danish and Norwegian markets continue to appear favourable, while we are seeing continued growth in the e-commerce segment and there is, on the whole, an underlying need for housing investment in our markets, as well as increased interest in such investment.

We believe we are well positioned to meet the conditions imposed on us by markets and customers, and we look forward with confidence to the second half of 2019."

About Inwido
Inwido owns and develops companies that improve people’s everyday lives indoors with various products and services. Today, Inwido is Europe’s largest windows group and a natural home for the region’s strongest companies in the areas of comfort, indoor climate and safety. In 2018, Inwido achieved sales of SEK 6.7 billion and an operating EBITA margin of 9.9 percent. The Group has some 4,500 employees in total, with operations in Denmark, Estonia, Finland, Ireland, Lithuania, Norway, Poland, Romania, the UK, Sweden and Germany. 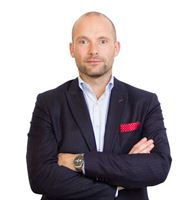