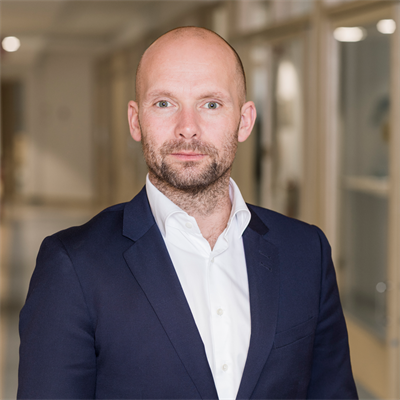 This information is such that Inwido AB (publ) is obliged to publish in accordance with the EU market abuse regulation. The information was submitted by the below contact persons for publication on 25 April 2019 at 7:45 a.m. CET.

A quarter in line with our expectations

The CEO comments:
"In general, 2019 has begun in line with our expectations. Net sales increased by 4 percent in the first quarter compared with the corresponding period in the preceding year, rising to SEK 1,443 million (1,391). Operating EBITA for the quarter was SEK 45 million. The lower earnings and, accordingly, the lower operating margin at 3.1 percent, were due mainly to an unfavourable mix and inability to fully adjust expenses to the lower volumes for the quarter. Seasonally, the first quarter is Inwido’s weakest, both in terms of sales and earnings.

e-Commerce continues to grow strongly and with good profitability
The first quarter of 2019 showed very clearly that our long-term commitment to e‑Commerce, our unit for e-trade, is continuing to generate favourable earnings. Sales in these operations increased organically by 33 percent compared with the corresponding period in 2018, amounting to 9 percent of the Group’s total sales for the quarter. As we foresaw in the year-end report, we have not, despite the growth in e-Commerce, been able to fully offset the unfavourable sales mix to the Industry market with sales to the more profitable Consumer segment. Order bookings increased by 8 percent in the first quarter of 2019. At the end of the quarter, the size of the order backlog was at a similar level as at the corresponding time last year, although the mix is now more advantageous, with a higher proportion of orders from the Consumer segment. Cash flow from operating activities after changes in working capital, which is normally negative in the first quarter due to seasonality, this year amounted to SEK 51 million.

Strong development in Inwido South and challenges for Inwido North
Business area Inwido South continued to develop very positively in early 2019, partly due to a milder winter compared with last year. Sales increased by 19 percent and operating profit more than doubled to SEK 60 million (27). Favourable development in e-Commerce has been complemented by continued strong development in the Danish operations. The companies in the UK also had a positive quarter. The order backlog at the end of the quarter was 30 percent higher than at the corresponding time last year and had a favourable mix.

Business area North developed more weakly in the period, mainly due to continued negative development for the larger companies in Finland and Sweden. The Industry market continued to weaken during the quarter, in line with reduced new construction, while consumer activity was significantly lower during the winter months, in line with the normal seasonal pattern. The consequence of this was that sales fell by 4 percent to SEK 848 million, while operating profit decreased to SEK 2 million (39). We were not able to fully offset the volume loss in business area North with cost savings during the quarter. At the same time, we are making significant IT investments in our larger companies in Sweden and Finland to strengthen our future competitiveness. Combined, this has had a negative impact on profitability. Order bookings decreased by 3 percent in the quarter, making the order backlog 13 percent lower than at the same time in 2018, although with a more favourable segment mix.

Future prospects
The signals from our markets are mixed. The Industry market in both Sweden and Finland is showing few signs of recovery, with expectations of a continued decline in new construction activity. We are also seeing signs of continued consolidation of the builders’ merchant channels in some markets, although it is too early to judge whether this will affect their operations and ours in the long term and, if so, how.

At the same time, the conditions in the Danish and Norwegian markets are stable and we are seeing a continued underlying need for, and increased interest in, investment in housing in large parts of Europe. We believe we are well positioned to meet our customers’ needs and consumers’ changed behaviours – our rapidly increasing sales in e-commerce are good proof of that. Internally, we are continuing our implementation of the Simplify model, and are already seeing increased transparency and clarity regarding the capacity to generate results, particularly among the smaller units, providing conditions for further value-generating priorities and investments. Our long-term acquisition strategy stands firm and our efforts are continuing to further strengthen the balance sheet to be able to make acquisitions."

About Inwido
Inwido owns and develops companies that improve people’s everyday lives indoors with various products and services. Today, Inwido is Europe’s largest windows group and a natural home for the region’s strongest companies in the areas of comfort, indoor climate and safety. In 2018, Inwido achieved sales of SEK 6.7 billion and an operating EBITA margin of 9.9 percent. The Group has some 4,500 employees in total, with operations in Denmark, Estonia, Finland, Ireland, Lithuania, Norway, Poland, Romania, the UK, Sweden and Germany. 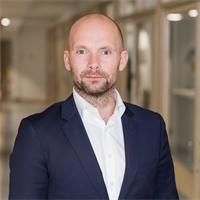