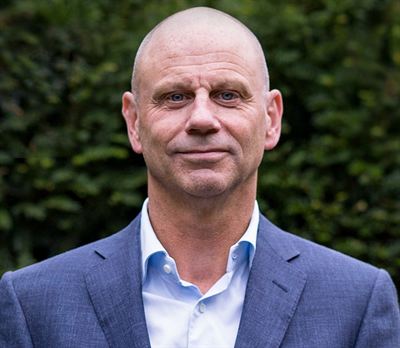 This information is such that Inwido AB (publ) is obliged to publish in accordance with the EU market abuse regulation and the Swedish Securities Market Act. The information was submitted by the below contact persons for publication on 23 October 2017 at 7:45 a.m. CET.

CEO Comments:
"Inwido’s positive sales trend continues. In the third quarter of 2017, sales rose by 8 percent to SEK 1,559 million, representing an increase totalling 16 percent to SEK 4,597 million for the first nine months of the year. Operating earnings for the third quarter were SEK 172 million, compared with SEK 202 million in the corresponding period in 2016. For the first nine months of the year, the earnings were SEK 448 million, which is in line with 2016. Order bookings were also in line with the third quarter of 2016 and the order backlog at the end of the quarter was 7 percent higher than at the same point in 2016.

Production disruption affects earnings in Sweden-Norway in the short term
Earnings for the new, merged business area, Sweden-Norway, were lower than expected. This was because it took longer than we had previously assessed to rectify the disruptions experienced by a number of Swedish production units in the second quarter. The disruptions have mainly consisted of delays in deliveries of materials to Inwido and problems in running in new machines and processes, which, following fine tuning will, however, entail a more rational process. Order bookings were also affected negatively during the quarter due to lower capacity and long delivery times. Additional programmes of measures have now been put in place to rectify the problems. On the positive side, sales for the business area rose slightly during the quarter, despite the production problems. The new head of the business area, Henrik Hjalmarsson, has also been in place since August.

Continued favourable development in other parts of Inwido, with Denmark standing out
Our operations in Denmark continue to develop very strongly, both in terms of sales and earnings. Consumer confidence is high and the Danish market is strong, and our organization has the skills and capacity to benefit from this.

In Finland, sales increased while earnings decreased due to an adverse segment mix. On the whole, however, development in Finland is moving in the right direction, and we believe that the negative segment mix will gradually be rectified. The earlier problems with a temporary shortage of sales representatives have essentially been eliminated.

Within EBE (Emerging Business Europe) sales have developed strongly, including in Ireland. Earnings are at the same level as in the corresponding period in 2016. E-commerce continued to develop very positively and has, to date, grown by 25 percent this year. Following the end of the reporting period, Inwido acquired one of the strong e-commerce players in the Nordic market, the Bedst & Billigst Group, with annual sales for 2016 of approximately DKK 95 million. The acquisition is a perfect complement to the existing operations, further strengthening Inwido’s position in e-commerce for windows and doors in the private market.

Future prospects
Overall, demand remained favourable in our markets, driven primarily by the need for new housing. There is increasing demand for building projects to be cheaper and faster, resulting in both increased costs and a certain degree of price pressure in the industry segment. However, Inwido’s primary exposure to the consumer market usually means a good mix in our overall business. To strengthen competitiveness, the Group will launch an efficiency improvement program in the fourth quarter of 2017. Overall, we expect to reduce costs by at least SEK 100 million on an annual basis, with the full impact being achieved in 2019. The cost-saving programme will generate structural costs totalling approximately SEK 80 million over the next two quarters. More information about this programme will be provided later. With our strong market position and measures in progress, primarily in Sweden-Norway, where we will be returning to normal production rates as soon as possible, we will see good potential to continue improving Inwido’s performance in 2018, in line with our ambitions."

About Inwido
Inwido is Europe’s largest supplier of windows and a leading door supplier. The company has operations in Denmark, Finland, Norway, Sweden, Austria, Estionia, Ireland, Lithuania, Poland and the UK, as well as exports to a large number of other countries. The Group markets some 20 strong local brands including Elitfönster, SnickarPer, Hajom, Hemmafönster, Outline, Tiivi, Pihla, Diplomat and Sokolka. Inwido has approximately 4,000 employees and generated sales of slightly more than SEK 5.7 billion in 2016. The Group's headquarters are located in Malmö, Sweden. For further information, please visit www.inwido.com

Inwido improves people's lives indoors with windows and doors. As Europe's leading window group, Inwido's business concept is to develop and sell the market's best customized window and door solutions through a decentralized structure and with a focus on the consumer-driven market in order to create long-term sustainable growth, organically and through acquisitions. Inwido consists of 28 business units with approximately 4,300 employees in eleven countries. In 2020, the Group achieved sales of SEK 6.7 billion with an operating EBITA margin of 10.9 percent. Inwido has been listed on Nasdaq Stockholm since 2014. 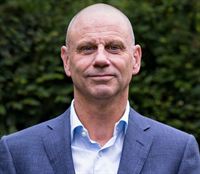