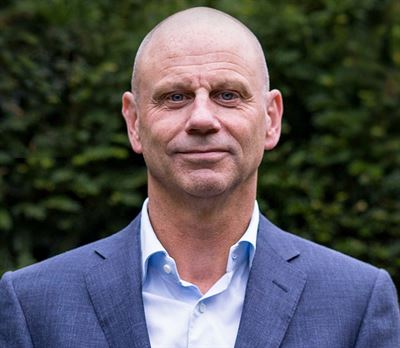 This information is such that Inwido AB (publ) is obliged to publish in accordance with the EU market abuse regulation. The information was submitted by the below contact persons for publication on 23 October 2018 at 7:45 a.m. CET.

The CEO comments:
"Inwido’s third quarter progressed largely as expected. It is gratifying to note that 25 of Inwido’s 29 profit units performed better this quarter than in 2017, which is also reflected in operating profit having increased to SEK 202 million in the quarter. This shows that the effort we have invested in various initiatives in recent years, such as increased cost control, has had the desired effect. However, we are not satisfied with a few of the larger units’ earnings.

The warm summer in the Nordic region generally dampened consumers’ eagerness to buy, which led to increased competition in the windows industry and thereby pressure on gross margins. The Industry market has also cooled, with fewer construction projects starting and fewer permits being issued. Inwido has coped with the market situation relatively well. Adjusted for acquisitions, order bookings decreased by 2 percent, and when also adjusted for currency effects, order bookings were 7 percent lower.

It is also worth mentioning that the Group’s indebtedness decreased during the period, despite the acquisition of Profin, which is positive, particularly in generating opportunities for further acquisitions. The acquisitions we have made in recent years continue to develop well, contributing to Inwido’s development.

Differing market situations – e-commerce growing increasingly important
Denmark is progressing very strongly, Poland has shifted to profitability, and both the UK and Ireland are currently developing well, although uncertainty has increased in the UK with the Brexit negotiations. During the year, Norway has become profitable. Inwido’s e-commerce continues to increase sharply, with reported sales in this unit increasing by 45 percent during the quarter.

It is in Sweden and Finland in particular that the windows market is arduous, with increased competition and lower market prices. In Sweden, lower housing prices and fewer sales of homes have increased the pressure on all actors, at the same time as digitalization is driving changes in customer and consumer behaviours. We are tackling this trend with a series of initiatives. One example is the “Elitfönster På Plats” concept, in which consumers can buy Sweden’s most popular window brand and receive installation assistance. We also offer accessories and spare parts through Elitfönster’s online shop, investing in the brand while aiding builders’ merchants and carpenters by introducing new digital tools.

Future prospects
We anticipate somewhat weaker market growth in Europe over the upcoming periods. We foresee a continued strong market in Denmark, however, and e-commerce has good opportunities for growth. In our assessment, the competition in Sweden and Finland will persist. High production capacity in both countries, combined with a weaker Industry market and new players, exerts pressure on gross margins.

In the fourth quarter, we will safeguard the implementation of Inwido’s new governance model to simplify and streamline the Group. This should be viewed, above all, in light of changing market conditions and customer behaviours. By assigning the units full responsibility for their operations and profitability, it will be possible to respond even faster in each sub-market to further increase customer focus and efficiency."

About Inwido
Inwido is Europe’s largest supplier of windows and a leading door supplier. The company has operations in Denmark, Finland, Norway, Sweden, Austria, Estonia, Ireland, Lithuania, Romania, Poland and the UK, as well as exports to a large number of other countries. The Group markets some 20 strong local brands including Elitfönster, SnickarPer, Hajom, Outline, Tiivi, Pihla, Diplomat and Sokolka. Inwido has approximately 4,400 employees and generated sales of slightly more than SEK 6.4 billion in 2017. The Group's headquarters are located in Malmö, Sweden. For further information, please visit www.inwido.com 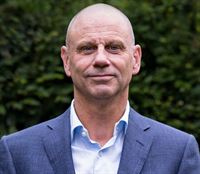