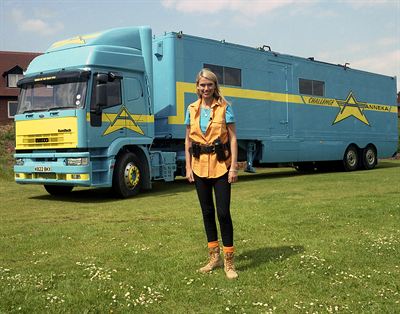 Iveco is calling on drivers, business owners, enthusiasts, industry media and employees past and present, from around the world, to join in its 40thanniversary celebrations by contributing to a special book sharing great moments from the company’s four decades of building Iveco-badged vehicles.

Formed in 1975 by the union of five top brands – Magirus-Deutz, Fiat Industrial Vehicles, Lancia Special Vehicles, Unic and OM – Iveco has gone on to enjoy huge success. The company has sold millions of vehicles around the world, in more than 160 countries, and picked up major awards along the way including being a four-time winner of International Truck of the Year and two-time International Van of the Year champion, most recently in 2015.

To help celebrate its special birthday, Iveco has set-up a dedicated website at www.iveco40.com, published in 14 languages, and is encouraging people to share their Iveco stories in pictures or videos. Every week the contribution with the most votes on the website will be featured on the homepage and shared across Iveco’s social networking platforms, before the top 40 are selected to be published in a special book dedicated to the anniversary. Entries close on 30 November 2015.

Stuart Webster, Managing Director of Iveco in the UK and Ireland, explains: “Iveco brought together five great companies into one global brand, which boasted more than 150 years of combined experience. Since the very first Iveco vehicle rolled off the production line, our models have gone on to travel many millions of miles by our customers’ sides. That’s why we are reaching out to everyone who has been touched by Iveco, and inviting them to help tell our 40-year story.”

Iveco is also marking the anniversary with a special video on its YouTube channel at https://youtu.be/XwSoJzxHoVs which recounts some of the biggest events in the company’s history. Key moments include new vehicle launches and technological innovations, as well as major sponsorship deals with some of the most famous sporting teams in the world.

A great history: an inspiring future

Today Iveco is a brand of CNH Industrial, a global leader in the capital goods sector, and has production plants in Europe, China, Australia, Argentina, Brazil and Africa.

Back when it was formed, the company had a global vision with international roots, with each of the founding companies having made its own important contribution to the history of the commercial vehicle sector in Europe starting from the late 19thcentury. Fiat Industrial Vehicles brought expertise from Turin, Italy; OM from Brescia, Italy; Lancia Special Vehicles from Bolzano, Italy; Unic from Puteaux, France and Magirus-Deutz from Ulm, Germany.

Through acquisitions and alliances over the years – including the 1986 joint venture with Ford of Europe's truck division, culminating in the formation of Iveco Ford Truck – Iveco has joined the highest ranks of the world’s major players in on and off-road transportation. This has seen it become a group with considerable specialist expertise able to bring out the best in technological innovation and establish itself as a manufacturer and trader in the most important industrialised markets and emerging markets alike.

Iveco is a brand of CNH Industrial N.V., a World leader in Capital Goods listed on the New York Stock Exchange (NYSE: CNHI) and on the Mercato Telematico Azionario of the Borsa Italiana (MI: CNHI). Iveco designs, manufactures and markets a wide range of light, medium and heavy commercial vehicles, off-road trucks, and vehicles for applications such as off-road missions.

The brand’s wide range of products include the Daily, a vehicle that covers the 3 – 7 tonne vehicle weight segment, the Eurocargo from 6 – 16 tonnes, the Trakker (dedicated to off-road missions) and the Stralis, both over 16 tonnes. In addition, with the brand Iveco Astra, builds mining and construction vehicles, rigid and articulated dump trucks and speciality vehicles.

Iveco employs close to 21,000 individuals globally. It manages production sites in 7 countries throughout Europe, Asia, Africa, Oceania and Latin America where it produces vehicles featuring the latest advanced technologies. 4,200 sales and service outlets in over 160 countries guarantee technical support wherever an Iveco vehicle is at work. 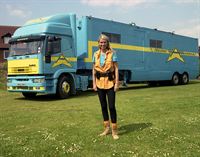