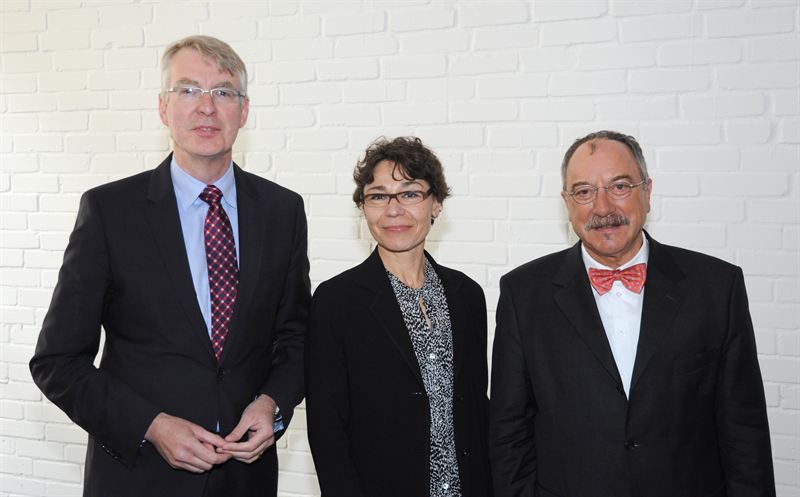 The Annual General Meeting of IVU Traffic Technologies AG held on 3 June 2014 at the head offices of the software house in Berlin elected a new Supervisory Board. A new member is Uli Mayer-Johanssen, Member of the Executive Board of MetaDesign AG in Berlin. The previous chairman, Klaus-Gerd Kleversaat, has left the Supervisory Board with effect from the conclusion of the general meeting. He has been succeeded as chairman by Prof Herbert Sonntag.

Previously, the Supervisory Board had extended the contract of Executive Board member Dr Helmut Bergstein for a further five years. At the general meeting he announced that he would be continuing in office until 2019. The shareholders welcomed this decision.

Furthermore, the shareholders formally approved the actions of the Executive Board and the Supervisory Board for the financial year 2013 by a large majority. With this they expressed support for the course adopted by the company management, which once again presented extremely positive annual figures. In the best year in the company’s history, IVU Traffic Technologies AG increased revenues in 2013 by 4 % over the previous year to € 46.3 million and increased EBIT by 14 % to € 3.9 million. “The excellent results and the good order book situation are very promising. We look forward to continuing this progress together with the new Supervisory Board”, emphasised Martin Müller-Elschner. “With its strong standard products and rapid project completion IVU is attracting interest from customers all over the world.”

IVU Traffic Technologies AG has been working for more than 35 years with some 350 software engineers to ensure that transport in the world’s major cities operates reliably and on time. People and vehicles in expanding cities are continually on the move – a logistical challenge which calls for intelligent and reliable software systems. The standardised software products of the IVU.suite and tailor-made IT solutions are used to plan, optimise and control the scheduling of vehicle fleets and personnel. Other systems support the choice of branch locations or ensure that election results are determined correctly.
IVU. Systems for vibrant cities