Integrated planning and dispatch of more than 9,000 employeesBerlin/Budapest, 7 November 2017 – The Hungarian state railway’s passenger transport subsidiary, MÁV-START Zrt., is extending its contract with Berlin-based IVU Traffic Technologies. The rail company has been using the IVU.rail standard software for the planning and dispatch of its vehicles and employees since 2008. The system was extended last year.As the largest subsidiary of MÁV, MÁV-START operates the majority of the passenger rail transport in Hungary with approximately 1,000 locomotives and motor units and 3,000 locomotive

Extensive framework agreement with Dutch Transdev subsidiaryBerlin/Hilversum, 17 October 2017 – Connexxion passengers will soon have a choice: debit card, credit card or “OV-chipkaart” smart card? E-ticketing or a paper ticket with a barcode? A new framework agreement between the Dutch Transdev subsidiary and Germany-based IVU Traffic Technologies paves the way for all current and future bus concessions of the company to be equipped with an overall system for fleet management, cashless payment for paper tickets and e-ticketing.With bus services, train connections and ferries in 17

IVU provides passenger information system for Warsaw–Grodzisk lineBerlin/Warsaw, 26 September 2017 – The WKD (Warszawska Kolej Dojazdowa) rail system links Warsaw with its suburbs in the southwest. As part of extensive modernisation, the company has now implemented an IVU Traffic Technologies passenger information system.Using twenty-one modern multiple units, WKD conveys around eight million passengers annually to and from the Polish capital across a distance of 33 kilometres with 28 stop points. This makes the connection between Warsaw and Grodzisk Maziwiecki one of the most frequented

Hardware, software and a central background system for the entire bus fleetBerlin, 20 September 2017 – Transdev GmbH and IVU Traffic Technologies have signed a framework agreement to provide an integrated ticketing system for all subsidiaries. The Berlin IT specialist for public transport provides software and hardware for all of Transdev’s buses and the data hub for Transdev’s central AVL system in Germany.With 43 subsidiaries – including 27 operating in the area of bus transport – the Transdev Group is the largest private rail and bus operator in Germany. The company has around 1,200

RET implements all-round solution for in-vehicle real-time passenger information from IVUBerlin/Rotterdam, 05 September 2017 – As of late, passengers on 81 vehicles of the Rotterdam metro are provided with up-to-date information on the arrival time and connections available at the next stop. An all-round solution from IVU Traffic Technologies handles the overall management and processing of the real-time data right up to the display on the information screens. The Rotterdam metro is the oldest underground railway system in the Netherlands. Every day, more than 300,000 people use the five

All key figures significantly improved year-on-yearBerlin, 30 August 2017 – Berlin-based specialist for public transport IVU Traffic Technologies AG significantly increased its revenues and gross profit in the first half of the year. As a result, the company has raised its outlook for the current fiscal year.In the first half of 2017, revenues climbed by 15% to €26,153 thousand while gross profit rose by 10% to €19,239 thousand. EBIT was still slightly negative due to seasonal factors at -€592 thousand, but still increased by around €1 million as against the previous year.The good level 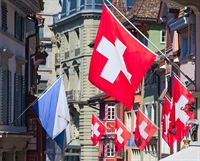 Strategic expansion in important core market and further development of activities thereBerlin/Zurich, 24 August 2017 – IVU Traffic Technologies AG has acquired the Swiss consulting firm Soft Tech Informatik AG (STI), giving it a presence in Switzerland with its own subsidiary from now on. The Berlin IT specialist for public transport will use IVU Traffic Technologies Schweiz AG to further enhance customer service and sales in the country. The new company is based in Zurich.A dense network of various means of public transport, the only one of its kind in the world, makes Switzerland one

Launch of integrated solution for vehicle and personnel deploymentBerlin/Bascharage, 26 July 2017 – Since the start of the year, Sales-Lentz – one of Luxembourg’s biggest transport operators – has been managing its planning and scheduling using IVU.suite. Thanks to its powerful optimisation core, the standard system from Berlin-based IVU Traffic Technologies ensures the efficient and resource-saving deployment of vehicles and personnel.With around 260 vehicles and 400 drivers, Sales-Lentz operates 120 lines in the RGTR network, including routes to Belgium and France. The company also

Transport operator Buena Estrella orders all-round solutionBerlin/Lima, 19 July 2017 – Bus company Buena Estrella aims to impress passengers in Lima in future with app-based modern e-ticketing and passenger information in real time. To help them achieve this, Berlin-based IVU Traffic Technologies is supplying its IVU.suite standard system for the entire workflow from planning, fleet management, ticketing and passenger information to controlling.With around 130 buses, Buena Estrella has been delivering reliable local transport in the Peruvian capital, which is home to millions of people,

Component for a state-wide solution in the entire public transport serviceBerlin, 5 July 2017 – Real-time data, connection management and e-ticketing for all of Saxony-Anhalt – NASA GmbH (“Nahverkehrsservice Sachsen-Anhalt”) is working on this scenario of the future. One important component is the recently concluded contract between NASA and IVU. The company ordered an integrated solution comprising a background system, on-board computers, and ticketing software for its state-wide system from Berlin-based IVU Traffic Technologies for multiple transport operators.NASA’s order covers 570

IT for Rail management conference: railways are changing

Top international managers hosted by DB Regio and IVU discuss current challenges and prospectsBerlin, 28 June 2017 – The international management conference IT for Rail was held for the third time on 26 and 27 June 2017. Around 30 top managers from several European railway operators accepted the joint invitation from DB Regio and IVU Traffic Technologies to come to Berlin to discuss the digital transformation of railways, current challenges and future developments.After the event was kicked off by Dr Frank Scholz, CIO of DB Regio, and Perry Prust, Head of the Public Transport Planning

Integrated planning and dispatching environment IVU.suite introducedBerlin, 7 June 2017 – The post bus is part of Switzerland’s cultural identity: There is hardly a village where the yellow buses are not seen and the characteristic sound of the three-tone horn is not heard. PostBus Switzerland AG has now introduced IVU.suite from IVU Traffic Technologies AG, providing all ten of its regions in Switzerland and Liechtenstein with a standardised system for the integrated planning and dispatching of vehicles and staff for the first time.For more than 100 years, the PostBus brand has ensured

Shareholders endorse management’s courseBerlin, 1 June 2017 – This year’s Annual General Meeting of IVU Traffic Technologies AG validated the setting of the course for the 2016 financial year. In light of the good quarterly figures, the Executive Board and Supervisory Board reiterated their optimistic outlook for the current year. The shareholders underscored their confidence in the course of the Berlin IT specialist for public transport and approved the actions of the managers by a large majority.In the first quarter of the year, IVU impressed with much stronger figures compared to the

Leading integrated resource planning system IVU.rail on displayBerlin, 3 May 2017 – At the UITP Global Public Transport Summit 2017, IVU Traffic Technologies will showcase the latest version of IVU.rail, the leading integrated planning and dispatching system for today’s digital railway. Its powerful optimization algorithms were recently enhanced to enable even more efficient resource deployment than in previous versions. In addition, the IVU solution includes a remotely accessible employee portal to facilitate employee input and interaction with planners during the scheduling process. The 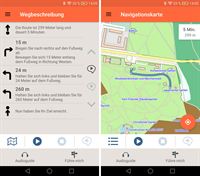 IVU supplies guidance and information system for IGA 2017Berlin, 4 April 2017 – This year’s International Garden Show will draw crowds to Berlin with flowers, indoor and outdoor exhibitions and events. An app created by IVU Traffic Technologies AG on behalf of the state of Berlin will help visitors to find their way around the site and discover the various attractions. The application also meets the special requirements of people with visual and physical impairments. IGA 2017 is Germany’s largest garden exhibition: Visitors to the site of over 100 hectares can expect international themed

Revenue and gross profit continued to rise, EBIT slightly exceeding expectationsBerlin, 21 March 2017 – 2016 was a mixed year for IVU. Revenue increased by 3% to €59.8 million, and gross profit was actually up 7% year-on-year at €42.8 million. EBIT fell to €1.4 million due to one-off effects but remained clearly positive. The targets for 2016, adjusted in November last year, were consequently achieved and exceeded. With an expected EBIT of at least €3 million, IVU already aims to return to the healthy profit margins of previous years in 2017. In doing so, the consolidated revenue for

IVU and DB Regio enter into a framework contract for the delivery of an integrated planning and dispatch systemBerlin, 16 March 2017 – Planning and dispatching vehicles and personnel in one system – this is what the largest German regional public transport supplier will be able to do in the future, thanks to IVU.rail. A corresponding framework contract has been signed by DB Regio AG and IVU Traffic Technologies AG. The contract envisages the uniform replacement of DB Regio’s existing planning and dispatching systems with IVU.rail. In the future, all of DB Regio’s transport networks will

IVU: The start of planning with Luxtram

Luxembourg’s new tram system opts for the IVU.suite standard solutionBerlin, 24 January 2017 – In 2017 there will be trams in Luxembourg City for the first time in over 50 years. IVU Traffic Technologies AG is involved from the very beginning. IVU are delivering their standard solution, IVU.suite, for the planning and dispatch of the new Luxembourg Tram’s vehicles and personnel. The Berlin-based IT specialists are already supporting preparations in order to ensure that operations start smoothly. The Luxembourg tram is the environmentally friendly, comfortable and modern solution to

Cooperation agreement for IT-based vehicle and staff dispatching signedBerlin/Karlsruhe, 16 January 2017 – Albtal-Verkehrs-Gesellschaft (AVG) is to use software solutions from IVU Traffic Technologies AG for planning and dispatching of vehicles and staff. The two companies have signed a corresponding cooperation agreement in Karlsruhe. “IVU has more than 40 years of experience in the planning and dispatching software sector. We are delighted to have this strong partner on board helping us to further optimise our operations,” explained AVG Managing Director Ascan Egerer. From now on, AVG

First buses capable of IBIS-IP from the factory for Nahverkehr SchwerinBerlin, 20 December 2016 – Future-proof on-board communication with the latest technologies is what Nahverkehr Schwerin GmbH obtained with its 32 new low-floor city buses from Daimler AG that were delivered in September. All vehicles were already equipped with network technology and components that comply with the IBIS-IP standard upon delivery. IVU Traffic Technologies AG provided all of the communications technology. In addition to project planning, IVU was also responsible for implementing further vehicle

Cloud solution provides flexibilityBerlin, 14 December 2016 – A multi-client regional AVL straight from the Cloud is what the public transport network of Styria, Steirische Verkehrsverbund, will be using in future to improve its fleet management, connection management and passenger information as well as the controlling of its commissioned services. IVU Traffic Technologies AG is providing the system. The network-wide AVL system is the core piece of a real-time data overall system. In its final version, this system will be able to process the current journey data of all commissioned