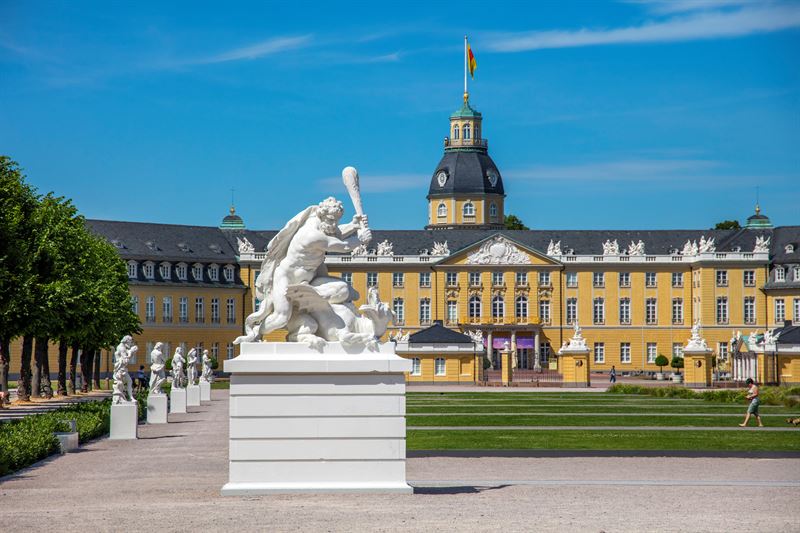 Karlsruhe, once the capital of Baden, lies in the south west of Germany, on the northern flank of Baden-Württemberg. Situated adjacent to the mighty river Rhine, the city is close to the border of France. The climate is very pleasant - its location in the Rhine plain makes Karlsruhe one of the sunniest and warmest cities in Germany. Founded nearly 300 years ago by Margrave Karl-Wilhelm, the city’s plan resembles Paris, with streets laid out in rays, like a fan, from the central point of the count’s palace. The renowned 18th century city planner L’Enfant liked Karlsruhe’s design so much; he incorporated its elements into his plan for Washington, D.C.