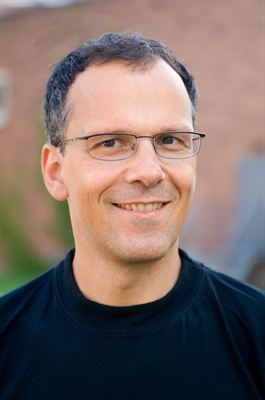 People diagnosed with a personality disorder may find it difficult to function in society due to difficulties in regulating emotions – but also healthy individuals differ in how often they become irritated, angry or sad. Scientists from Karolinska Institutet have published a study in the medical journal Social Cognitive and Affective Neuroscience, where they show that the affected brain areas in people with a clinical diagnosis are also affected in healthy individuals.

We all vary in how often we become happy, sad or angry, and also in how strongly these emotions are expressed. This variability is a part of our personality and can be seen as a a positive aspect that increases diversity in society. However, there are people that find it so difficult to regulate their emotions that it has a serious impact on their work, family and social life. These individuals may be given an emotional instability diagnosis such as borderline personality disorder or antisocial personality disorder.

Previous studies have shown that people diagnosed with emotional instability disorders exhibit a decrease in the volume of certain brain areas. The scientists wanted to know if these areas are also associated with the variability in the ability to regulate emotions that can be seen in healthy individuals. In the current study, 87 healthy subjects were given a clinical questionnaire and asked to rate to what degree they have problems with regulating emotions in their everyday lives. The brains of the subjects were then scanned with MRI. The scientists found that an area in the lower frontal lobe, the so-called orbitofrontal cortex, exhibited smaller volumes in the healthy individuals that reported that they have problems with regulating emotions. The greater the problems, the smaller the volume detected. The same area is known to have a decreased volume in patients with borderline personality disorder and antisocial personality disorder. Similar findings were also seen in other areas of the brain that are known for being important in the regulation of emotions.

“The results support the idea that there is a continuum in our ability to regulate emotions, and if you are at the extreme end of the spectrum, you are likely to have problems with functioning in society and this leads to a psychiatric diagnosis”, says Associate Professor Predrag Petrovic, first author of the study and researcher at the Department of Clinical Neuroscience, Karolinska Institutet. "According to this idea, such disorders should not be seen as categorical, that you either have the condition or not. It should rather be seen as an extreme variant in the normal variability of the population”.