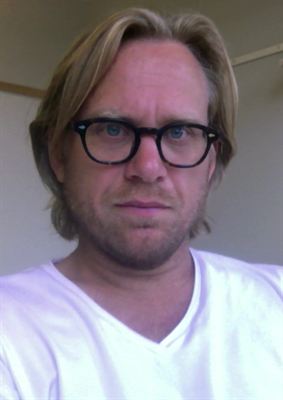 Being subjected to abuse during childhood entails a markedly increased risk of developing obesity as an adult. This is the conclusion of a meta-analysis carried out on previous studies, which included a total of 112,000 participants. The analysis was conducted by researchers at Karolinska Institutet in Sweden, and has been published in the journal Obesity Reviews.

“The study clearly shows that difficult life events leave traces which can manifest as disease much later in life. The mechanisms behind this process include stress, negative patterns of thought and emotions, poor mental health, increased inflammation, as well as lowered immune function and metabolism,” says Erik Hemmingsson, researcher at the Huddinge Department of Medicine at Karolinska Institutet, who is also linked to the Karolinska University Hospital's Obesity Centre in Huddinge, Stockholm County.

Based on a meta-analysis, in which 23 studies with a total of 112,000 participants, he and his colleagues calculated that the risk of obesity was 34 percent higher among adults who had been subjected to abuse as children than among non-abused adults. When categorised based on different forms of abuse, the study showed that physical abuse during childhood increased the risk of obesity by 28 percent, emotional abuse by 36 percent, sexual abuse by 31 percent, and general abuse by 45 percent. Among those who had been subjected to severe abuse, the risk increased by 50 percent, compared to 13 per cent for moderate abuse.

“These findings indicate causality, where the abuse is the cause of the obesity later in life. However, not everyone who is subjected to abuse will develop obesity, and not all obese individuals have been abused, so there are obviously other causes too. At the same time, it is important to remember that child abuse is more common than we think, and it needs to be brought to light. Between five and ten per cent of the adult population say that they have been subjected to some form of abuse during childhood,” says Erik Hemmingsson.

In another recently published paper, Erik Hemmingsson has developed a new theoretical model for how stressful childhood experiences increase the risk of obesity, via psychological and emotional factors. These factors impact negatively on appetite regulation, metabolism, eating behaviour, sleep, inflammation and cognitive function – which in turn pave the way for obesity. Erik Hemmingsson hopes that the published studies might help disprove the many preconceptions that exist about people who are overweight, as they show that obesity is caused by so many other factors than overeating or a sedentary lifestyle.

“Our current view of both the occurrence and treatment of obesity is far too narrow, since we talk almost exclusively about diet and exercise,” he explains. “These new studies indicate that we need to take a much more holistic approach in the treatment and prevention of obesity, where we give more consideration to the individual's childhood as well as psychological and emotional aspects. It can for example be about self-esteem and self-image, thought patterns, emotional stress factors and mental ill-health, and there may thus be a need for psychotherapy or cognitive therapy to obtain lasting positive effects on obesity.”

The meta-analysis has been partially funded through Stockholm County Council.