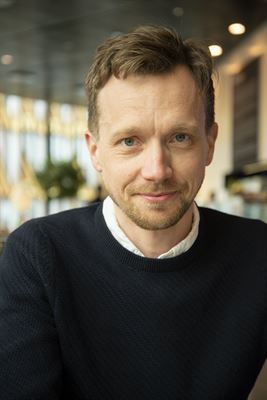 A drug that lowers levels of the male hormone testosterone in the body reduces the risk of men with pedophilic disorder sexually abusing children, a study from Karolinska Institutet published today in the journal JAMA Psychiatry shows.

About one in ten girls and one in twenty boys are sexually abused, primarily at the hands of men with pedophilic disorder. Despite law enforcement, technical and political initiatives, the rate of child sexual abuse continues to rise, above all that committed online. There is therefore a pressing need for effective and scientifically proven treatments for people at risk of committing sexual offence.

Researchers at Karolinska Institutet and Gothenburg University in Sweden have now evaluated the effect of a drug called degarelix, which is approved for the treatment of prostate cancer. The drug acts by switching off the production of testosterone, reducing within a matter of hours the levels of the hormone in the body, and is administered by injection every three months.

The double-blinded study included 52 men with pedophilic disorder in Sweden, who were randomly assigned to a degarelix or a placebo group. Treatment with degarelix was shown to dampen two critical risk factors for committing abuse: high sexual desire and sexual attraction to children. The effects were noticeable within two weeks.

“It’s important to be able to offer a relatively fast-acting treatment, and the patients’ own experiences of the drug were overall positive,” says study leader Christoffer Rahm, chief psychiatrist at Psykiatri Södra Stockholm and researcher at the Department of Clinical Neuroscience, Karolinska Institutet.

Above all, the men described positive effects on their sexuality. Many reported that they felt an inner calm, that thoughts of sex were no longer dominant and that they lost their sexual interest in children. A majority wanted to continue on the drug after the study was over.

“This study is an important step towards an evidence-based treatment for pedophilic disorder,” says Dr Rahm. “We’re now planning a new study to assay the longer term effects of the drug and to compare them with psychotherapy.”

All participation was voluntary and the men were recruited via Preventell, a national helpline initiated by ANOVA, an andrology, sexual medicine and transmedicine clinic at Karolinska University Hospital in Sweden. The helpline was set up to prevent sexual abuse and violence by fast-tracking people with dangerous or undesired sexuality into specialised treatment.

While some of the participants in the degarelix group developed hot flashes and reactions at the injection site, conclusions about any mental side-effects were hard to draw since many of the participants were already in a depressive state even before the study started. See the scientific article for a full list of effects and adverse reactions.

The study was financed by the Swedish Society of Medicine, the Söderström-Königska Foundation, the Fredrik and Ingrid Thuring Foundation, the Centre for Psychiatric Research at Karolinska Institutet (Department of Clinical Neuroscience), the Gothenburg Society of Medicine, Skaraborg Hospital research unit, Region Stockholm (ALF funding), and the Swedish Society for Medical Research. Knowledge partner ECPAT Sweden.