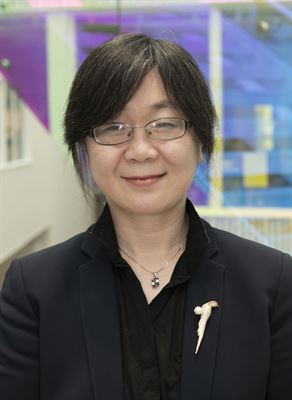 Older people with kidney disease have a higher risk of dementia, and the risk increases with the rate and stage of kidney function decline. That is according to a large observational study by researchers at Karolinska Institutet in Sweden, published in the journal Neurology. The findings stress the significance of screening and monitoring for dementia in persons with kidney disease, the researchers say.

“Our study underscores the importance of low kidney function as a possible under-recognized risk factor for dementia,” says co-author Juan Jesus Carrero, professor at the Department of Medical Epidemiology and Biostatistics at Karolinska Institutet. “It also shows that the dementia risk likely attributed to kidney disease is similar or larger than that observed for other well-established risk factors for dementia, including cardiovascular disease and diabetes.”

Dementia is the progressive decline of cognition and functioning beyond that of the normal aging process. It occurs mostly in old age, with a global prevalence estimate of 5-7 percent in those over 60 years old. Dementia is associated with bad health in general and increased risk of death, yet there are limited treatment strategies. Currently, identifying potentially modifiable risk factors is one of few viable strategies to prevent dementia.

Chronic kidney disease, a persistent reduction in kidney function, is also very common among older adults, with a global population prevalence of 25-40 percent depending on age. Even a mild reduction in kidney function is associated with an increased risk of other diseases. Previous smaller studies have examined the link between kidney disease and dementia but found conflicting results.

In this Swedish study of more than 325,000 individuals 65 years of age or older, the researchers found a clear link between poor kidney function and the probability of receiving a dementia diagnosis during the follow-up. In total, nearly 19,000 cases of dementia (5.8 percent) were detected over a median follow up of five years. The lower the function of the kidneys, the higher were the incidence rates of dementia. A more rapid decline in kidney function within one year was also linked to a subsequent higher risk of dementia.

“This is, to our knowledge, the largest study to date on kidney function and dementia, exceeding by several fold the sample size of all previous studies combined and evaluating the whole spectrum of kidney function,” Juan Jesus Carrero says.

The researchers used data from the Stockholm CREAtinine Measurements (SCREAM) project, a healthcare-utilization cohort that includes all Stockholm residents who underwent creatinine testing during 2006-2011. Creatinine is a waste product from muscles that is removed from the blood by the kidneys and released into the urine. It is used combined with other factors such as age and sex to calculate the so-called estimated glomerular filtration rate (eGFR), which is commonly used to determine kidney function. An eGFR of 90ml/min or higher is considered normal in most healthy people. This data was combined with other registries on healthcare utilization, including those on dementia diagnoses and treatments.

“Even though we cannot determine causality based on these findings, our analysis suggests that as many as 10 percent of dementia cases could potentially be attributed to chronic kidney disease,” says corresponding author Hong Xu, postdoctoral researcher in the Department of Neurobiology, Care Sciences and Society at Karolinska Institutet. “We hope that our findings may help health care policy makers to develop and implement appropriate strategies for screening and monitoring for dementia in persons with kidney disease and vice versa, as well as assist in health service planning.”

Funding was received from the Swedish Research Council and a grant from the Strategic Research program in Neuroscience at Karolinska Institutet. One of the authors, Bengt Lindholm, is affiliated with the Baxter Healthcare Corporation. No other authors report conflicts of interest.