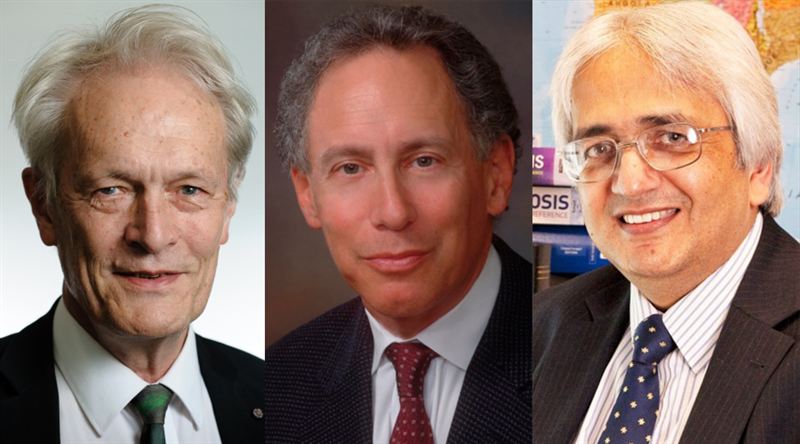 [PRESS RELEASE 21 APRIL 2016] The Board of Research at Karolinska Institutet, Sweden, has appointed three new honorary doctors – Sir Richard Peto, Bob Langer and Alimuddin Zumla – who will have their doctorates formally conferred at a ceremony in the Stockholm City Hall on 13 May 2016.

Every year, Karolinska Institutet (KI) confers honorary doctorates to individuals for their vital scientific achievements or significant contributions to the university or humanity at large.

The title of Honorary Doctor of Medicine has been awarded to Sir Richard Peto, Professor of Medical Statistics and Epidemiology at the University of Oxford, United Kingdom.

Sir Richard Peto is an epidemiologist who studies the major causes of adult mortality; he is also a clinical trialist who evaluates widely practicable treatments. Throughout the past 40 years he has helped document the massive hazards of smoking, first in developed countries and then in the much greater populations elsewhere, generating big nationwide studies in China to monitor their evolving epidemic of tobacco deaths. In the 1990s he showed that, if worldwide smoking patterns continued, tobacco would cause one billion deaths during the present century, and his predictions helped get the World Health Organisation and World Bank seriously committed to tobacco control.

On disease treatment, he initiated many of the biggest trials in the world in heart disease, stroke, and cancer, and helped originate the science of meta-analyses, which bring together the findings from many different studies. He has created a worldwide collaboration between the breast cancer trialists in many different countries, showing that widely practicable chemo-endocrine treatments reduce by more than half the risk of death from the commonest type of breast cancer. For his achievements in human medicine Sir Richard Peto has gained many international honours, and he continues to collaborate closely with breast cancer researchers from KI.

The title of Honorary Doctor of Medicine has been awarded to Robert S. Langer, Institute Professor, Massachusetts Institute of Technology (MIT), Cambridge, USA.

Bob Langer works at the interface between biotechnology and material sciences. He pioneered the development and synthesis of polymers for controlled delivery of drugs. These delivery systems include microspheres, nanospheres, and implants for treating cancer, heart disease, diabetes, and mental health disorders such as schizophrenia, narcotic addiction and alcoholism. Hundreds of millions of individuals every year use controlled drug delivery systems. He has been cited approximately 200,000 times (h-index 222) by other scientists, and has trained a large group of leaders in biotechnology research and in the biotech industry.

The research and inventions of Bob Langer have transformed the pharmaceutical industry across the world and improved the life of many patients with chronic diseases. Bob Langer has received more than 220 major awards for his achievements in human medicine and bioengineering. He is one of only four living individuals to have received both the United States National Medal of Science and United States National Medal of Technology and Innovation. He has over the years maintained a close contact with KI, where he has been an inspiring lecturer and teacher at graduate and post-graduate courses.

The title of Honorary Doctor of Medicine has been awarded to Alimuddin Zumla, Professor in Infectious Diseases and International Health at University College London, London, United Kingdom.

Alimuddin Zumla is distinguished for being one of the few individuals who has combined research excellence with creativity for establishing equitable research partnerships between Europe, USA, Middle East and sub-Saharan Africa, and for effectively aligning them to capacity development and training activities. He has made seminal contributions to the understanding and advancement of knowledge of the epidemiology, transmission, pathogenesis, rapid diagnosis and treatment of respiratory tract infections, particularly tuberculosis and HIV/AIDS, two diseases declared global emergencies by the World Health Organization in 1992. These data have been used for developing new global diagnostic, prevention and treatment guidelines.

Alimuddin Zumla has been awarded numerous honors, medals and prizes not only for his scientific excellence, but also for his contributions to international policy development and advancement of public health agenda on infectious diseases with epidemic potential. He has also been a major driving force for training of young developing country physicians, scientists and laboratory personnel. Alimuddin Zumla works closely with KI researchers, co-authoring numerous high impact publications, and jointly with colleagues at KI has established the Host-Directed Therapies network consortium of 64 international partners. 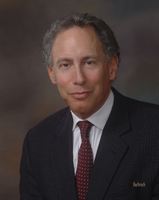 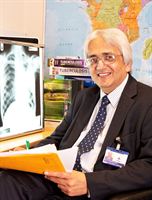