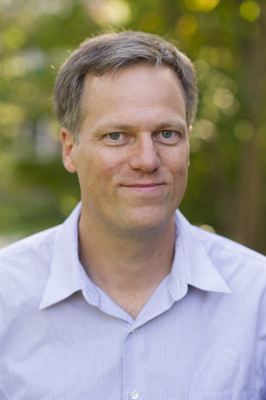 Involuntary dyskinetic movements induced by treatment with levodopa (L-dopa) are a common problem for people with Parkinson’s disease. Now, however, researchers at Karolinska Institutet and Lund University in Sweden seem to be close to a novel therapy to this distressing side effect. A treatment study published in the scientific periodical Brain shows that a drug that stimulates certain serotonin receptors in the brain counteracts the dyskinesia causing effects of L-dopa.

The substance tested by the team, eltoprazine, is a so-called serotonin receptor agonist that targets receptor types 5-HT1A and 5-HT1B. Serotonin is a neurotransmitter involved in the regulation of many biological phenomena, such as satiation, sleep and mental wellbeing, as well as movement. Earlier research on animal models for Parkinson’s conducted by Anders Björklund, professor of histology at Lund University, and Per Svenningsson, professor of neurology at Karolinska Institutet, showed promising results using serotonin receptor agonists against L-dopa-induced hyperkinesia, and have prompted the researchers to examine if the principle also operates in humans.

“Eltoprazine has been tested on patients in the psychiatric field, but this is the first time a study has been done with Parkinson’s disease,” says professor Svenningsson, who led the clinical study with Håkan Widner, professor of neurology, from Lund University. “What’s particularly exciting is that we’ve managed to translate laboratory findings into clinical application.”

The study included 22 patients with protracted and complicated Parkinson’s disease and L-dopa-induced dyskinesia. In the four-way crossover study, patients were given a single tablet of placebo and eltoprazine 2.5, 5 and 7.5 mg, alongside a challenge dose of levodopa that was 1.5 times that of their usual L-dopa dose.

It was found that a 5 mg and 7.5 mg dose of eltoprazine both significantly reduced the patients’ dyskinesia. At the same time, the preparation had no adverse impact on the anti-Parkinsonian effects of the L-dopa treatment. Other than a few patients having some transient episodes of nausea, dizziness and other minor symptoms the treatment was well tolerated.

“The treatment seems to be tolerated well by most Parkinson’s patients and counteracts L-dopa-induced dyskinesia via a new mechanism of action,” says Professor Svenningsson. “If our initial findings can be confirmed, this type of therapeutic principle can be of immense clinical benefit to a particularly vulnerable patient group.”

Even though eltoprazine has been around since the 1990s, it still has not been registered, and the combination study reported here was done on the initiative of the lead investigators themselves. The study was partly financed with a grant from the Michael J. Fox Foundation for Parkinson's research. Recently, however, the rights to eltoprazine were acquired by the US biotechnology company Amarantus BioScience Holdings, Inc. The compound is now advancing into a larger scale, longer duration study to evaluate the full treatment effect of eltoprazine in Parkinson’s patients with L-dopa-induced dyskinesia.