Koenigsegg releases its first featurette where the Regera is the star of the show.

Koenigsegg's first featurette, Time to Reign has been scripted, casted, and produced by Koenigsegg staff members, mostly in their spare time. The production of the film became a fun and meaningful way of further showcasing the company’s in-house creative potential, while promoting the Regera and Koenigsegg as a company and workplace. The film officiallys air on https://www.youtube.com/watch?v=lQVyQRfCuAU on 10th July 2020 at 1200 CEST. 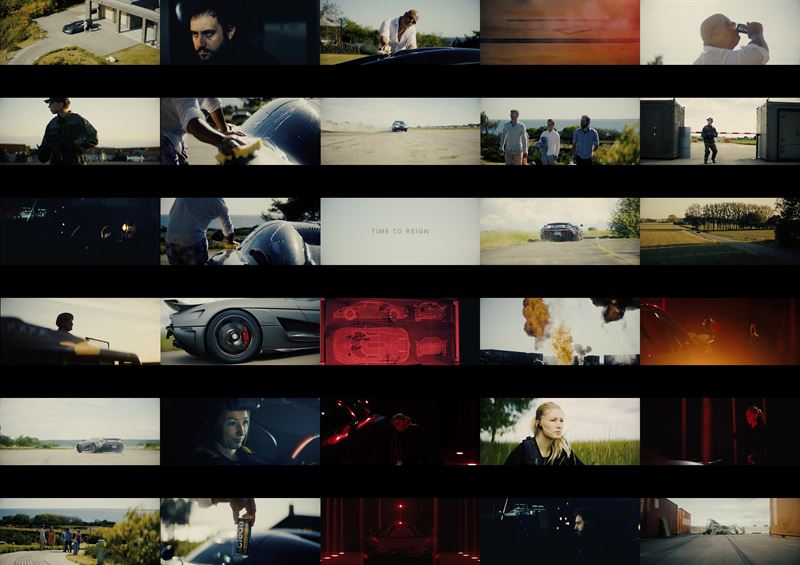 Founded in 1994 by Christian von Koenigsegg, Koenigsegg Automotive AB is a world leader in engineering and manufacturing of sophisticated megacars. The company is based in Ängelholm in the south of Sweden and has around 400 employees. Read our story here: https://www.koenigsegg.com/koenigsegg-the-company/