Founded in 1994 by Christian von Koenigsegg, Koenigsegg Automotive AB is a world leader in engineering and manufacturing of ultimate performance megacars and sustainable mobility technologies. The company is based in Ängelholm in the south of Sweden and has some 400 employees. Read our story here:https://www.koenigsegg.com/koenigsegg-the-company/

IFOTA revolutionizes update process with unprecedented speed and seamlessnessKoenigsegg Automobile AB, the globally renowned manufacturer of ultra-performance megacars and one of the most vertically integrated car companies for in-house-developed components and technologies, announced further technological advancements of the Koenigsegg-developed Firmware Over the Air (FOTA) system.Koenigsegg’s current Firmware Over the Air (FOTA) system, introduced early in the Regera program 5 years ago, is a full-stack over-the-air system in which the firmware of the vehicle's control systems is 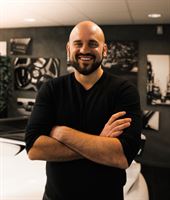 Koenigsegg today announced the appointment of Evan Horetsky as Chief Industrialisation Officer. Evan will report to CEO and founder, Christian von Koenigsegg.Evan joins Koenigsegg from Tesla, where his last position was Director of Engineering, Procurement and Construction (Gigafactory Berlin). Evan rose fast through the Tesla ranks and participated in Tesla’s scaling of Gigafactories across the world, including leading local efforts in the U.S., China, and most recently Germany.   Evan is joining Koenigsegg at a very exciting time on their growth mission in a very dynamic

Koenigsegg releases its first featurette where the Regera is the star of the show.Koenigsegg's first featurette, Time to Reign has been scripted, casted, and produced by Koenigsegg staff members, mostly in their spare time. The production of the film became a fun and meaningful way of further showcasing the company’s in-house creative potential, while promoting the Regera and Koenigsegg as a company and workplace. The film officiallys air on https://www.youtube.com/watch?v=lQVyQRfCuAU on 10[th] July 2020 at 1200 CEST. Please enjoy the show!

Photo Gallery: The Jesko Absolut on the Koenigsegg Track

The Jesko Absolut is back at the Koenigsegg headquarters in Ängelholm, where it was photographed in its true element on the company’s runway track nearby. Image gallery now available for download.  Photos: James Holm

Photo gallery: The Gemera on the Koenigsegg track

To truly appreciate its innovative and evocative design, the Gemera was photographed on its return to the Koenigsegg headquarters.  Image gallery now available for download.  Photos: James Holm

Koenigsegg further strengthens their senior management with the appointment of Henrik Wiese as Technical Director. This significant addition in leadership reflects Koenigsegg’s focus on quality and innovation in a time when the company is growing.Christian von Koenigsegg, Founder and CEO of Koenigsegg, comments on the new senior management appointments: “In our continuing pursuit of creating the ultimate performance cars, I am excited to have Henrik join our company. His expertise in production, engineering and prototyping will no doubt accelerate our drive to innovate in a way that’s

Here, you will find all press material for the Jesko Absolut.

Here, you will find all relevant press material on the new Koenigsegg Gemera.

The Koenigsegg Jesko Absolut has been unveiled. It is the fastest Koenigsegg ever made and the company will never endeavor to make a faster series-production road car – ever. Customers will be able to choose between the Jesko Absolut and the more track-oriented Jesko version that was presented a year ago. “The Jesko Absolut with its shockingly low drag coefficient of 0.278 Cd, combined with its high-speed stability optimized aero features, daily drive friendly characteristics and luggage space, make the Jesko Absolut a land-based rocket-ship determined to reach unheard-of speed in

The new Koenigsegg Gemera: The world’s first Mega-GT and Koenigsegg’s first for four

The Koenigsegg Gemera has made its world debut. It is the world’s first Mega-GT and Koenigsegg’s first four-seater. The Gemera is limited to an edition of 300 cars. It is an extreme megacar that meets spacious interior and ultimate environmental consciousness. “Ultimate performance has belonged to the world of two-seaters with very limited luggage space – until now”, says CEO and founder Christian von Koenigsegg. “The Gemera is a completely new category of car where extreme megacar meets spacious interior and ultimate environmental consciousness. We call it a Mega-GT.”

Since the Geneva International Motor Show has been canceled for visitors, we instead want to invite you to an Online Event from our stand in Geneva. We have a lot of exciting news, which will move the megacar segment in new and interesting directions. We can’t wait to share it with you. The show must go on!Online Event: Tuesday the 3[rd] of March, 2 PM CET Format: The Online Event will be shared on our website Koenigsegg.com, and in our social media channels.  Phone interviews: Please book phone interviews with CEO and Founder Christian von Koenigsegg, by contacting any of the

We welcome you to the Koenigsegg stand at the Geneva International Motor Show 2020! We have a lot of exciting news, which will move the megacar segment in new and interesting directions. We can't wait to share it with you! Press conference: Tuesday the 3[rd] of March, 11.15 AM Stand location: Hall 1, stand 1040 Interviews and roundtables We can offer interviews with the following Koenigsegg representatives: · Christian von Koenigsegg: Founder and CEO (roundtable slots available) · Halldora von Koenigsegg: Chief Operating Officer, COO · Sasha Selipanov: Head of

At Råda military airfield deep in the forests of Sweden, Koenigsegg has set a new 0-400-0 km/h world record when a Koenigsegg Regera completed the run in 31.49 seconds on Monday this week. This was 1.8 seconds faster than Koenigsegg’s previously unbeaten record, set by the Agera RS in 2017. CEO and founder Christian von Koenigsegg believe that the car can perform even better under the right conditions. On Monday, September 23[rd], a Koenigsegg Regera accelerated from 0 to 400 km/h and back to 0 in 31.49 seconds at Råda airfield close to the town of Lidköping. The car was driven by

Koenigsegg Automotive has appointed Alexander (Sasha) Selipanov as Head of Design.[Christian von Koeingsegg and Sasha Selipanov] Sasha, a graduate of Art Center College of Design in Pasadena, California, started his career at Volkswagen in 2005. In 2010 he briefly joined Lamborghini, where he contributed to the Lamborghini Huracan. In 2014 Sasha was appointed Head of Exterior Design, Creative at Bugatti. He was responsible for the exteriors of the Bugatti Vision Gran Turismo and the Bugatti Chiron. In 2017 Sasha was appointed Head of Global Advanced Design at Genesis. His team

Please find attached press images from the 2019 Geneva Moto Show.Free to use for editorial purposes. 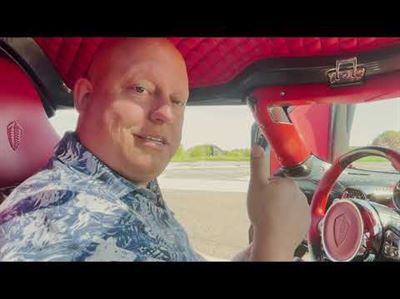