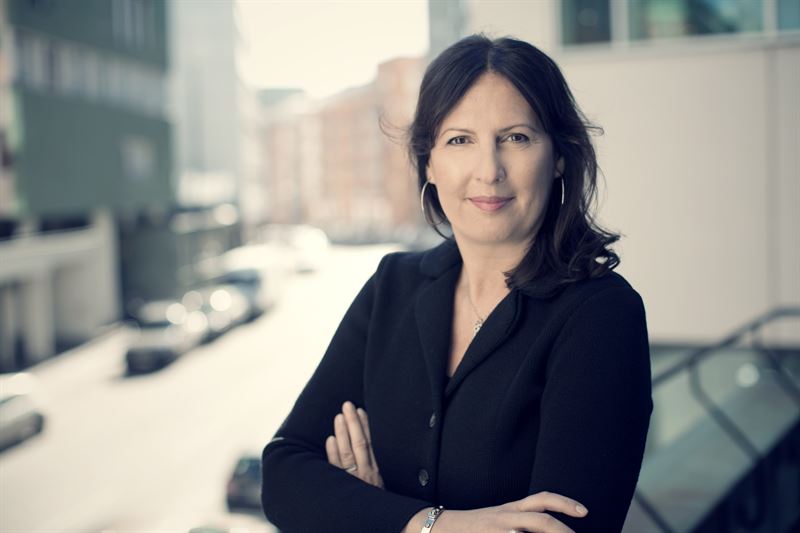 Today, EPRA (the European Public Real Estate Association) announced that Swedish real estate company Kungsleden is the winner of the EPRA Diversity & Inclusion award 2019. The jury found that Kungsleden has a strong strategy, with clearly defined short- and long-term goals, proving the company has a true ambition to integrate diversity and inclusion into its corporate culture, to better reflect the Swedish society within the organisation. Kungsleden also received praise for having demonstrated how the company has successfully delivered on its vision – to create sustainable places where people are inspired.

The award was announced at EPRA’s annual ESG summit in London on Wednesday, December 4. The Diversity & Inclusion Award is a new prize launched by EPRA, in collaboration with real-estate services firm JLL. The award highlights best practice amongst listed real estate companies across Europe.

“I am very proud of this award and really welcome the acknowledgement of these aspects of business. Several studies show that companies with high diversity are more profitable. Kungsleden’s aim is to reflect the population of the Swedish society within the organisation,” says Biljana Pehrsson, CEO of Kungsleden, who was present in London to accept the award.

Some examples of diversity and inclusion-initiatives within the company include a collaboration with Jobbsprånget (an initiative to speed up the integration process for new Swedish citizens), a sponsorship of youth foundation Fryshuset initiated in 2010, continuous internal workshops and education (70 per cent of employees has participated in a diversity and inclusion workshop), and thorough work with the implementation of the company’s Code of Conduct (internally and with suppliers).

Kungsleden’s work with diversity and inclusion was also highlighted in 2016, when the company was awarded for being the most gender equal company of all 300 listed companies in Sweden, by equality foundation AllBright.

“Kungsleden’s ambition is to be human centric in everything we do – we are people creating inspiring and sustainable places for other people. Today’s award goes well in line with this ambition”, says Biljana Pehrsson.

The jury for the EPRA D&I Award 2019 was composed by Peter van den Tol (Fund Manager Listed Real Estate EU, MN Services), Janine Cole (Director of Sustainability & Community, Great Portland Estates) and Rachel Aylett (Head of Human Resources, Great Portland Estates). The rating was based on a methodology provided by JLL. When assessing the submissions, the jury rated why the initiative was created, its importance for the company but also for the industry as a whole; the practical details behind its establishment; its execution; and finally its outcome, lessons learnt and next steps.

Kungsleden is a long-term property owner that creates value through active management, development and strategic acquisitions and optimisation of its property portfolio. Our vision is to create attractive and sustainable places that inspire people. Almost 90 per cent of our properties are concentrated in four selected growth markets – Stockholm, Gothenburg, Malmö and Västerås. The majority are offices, gathered in attractive clusters. Kungsleden has been awarded the Green Star by GRESB and is ranked as the fifth best real estate company in Europe in terms of sustainability. Kungsleden’s long-term goal is to become Sweden’s most profitable and successful real estate company, by having the market’s most satisfied customers and dedicated employees. Kungsleden (KLED) is listed on the Nasdaq Stockholm Large Cap. Read more at www.kungsleden.se.