Premiere in Oslo was a success for Joe Labero! 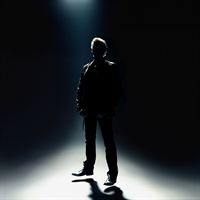 World artist and magician Joe Labero took audiences by storm when, after six years of waiting yesterday was back with the premiere of "Invited to Labero" on Edderkoppen in Oslo.Joe Labero was in Oslo two times earlier and last in 2004. This time it was time for the show "Invited to Labero" which is a close-up show where the audience is closer to magic than they ever been before. The entertainer Joe Labero captivates us with stunning performance, breathtaking illusions and sleight of hand in the finest world-class. With the help of television screens, the audience can follow the illusion in

Joe Labero's Finnish tour made a great successful start yesterday in Åland. The concert hall Alandica was filled to bursting point and the crowd excited when Labero’s Australian butler and companion made the entrance on stage to present the world renowned illusionist.Today, the Ålandmagazine acknowledges 4 lighthouses with the motivation; "It's amazing, the audience is taken aback again and again and you can hear the astonishment" "The female assistant is split into nine parts, cut by swords and assembled again in a small box" "There will be an intense evening with grandiose numbers and

His illusions are the best in the world this decade. Saturday June 13th the Norwegian TV2 will broadcast the award winning show with Joe Labero. The show can also be viewed on the website www.tv2.noIn July, the Swedish-international magician Joe Labero will receive the award "Illusionist of the decade" in connection with the magic World Cup in Beijing, 26-31 July. The award has previously been received by David Copperfield and Siegfried & Roy and intends world touring illusions during the years 2000-2009. The prize is awarded by The Merlin Award Society, the Oscar organization of the magic