Lafayette 148 New York’s collections are designed for thesophisticated, modern woman and her multi-faceted lifestyle. Using the world’s most luxurious European fabrics and detailed craftsmanship, we produce enduring designs renowned for the highest quality and exceptional fit. 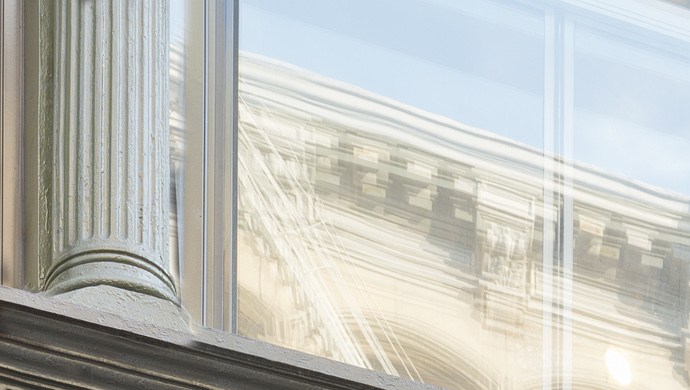 NEW YORK, NY – SEPTEMBER 13, 2016 – Downtown style gets another address in Manhattan as Lafayette 148 New York opens its second store in SoHo at 423 Broome Street. This new location marks the continuation of the brand’s US retail expansion, and is another milestone being celebrated during its 20th anniversary.   The 2,400 square-foot store is set within a designated Landmark building in the SoHo-Cast Iron Historic District. Architecture is a constant source of inspiration for the company, and the historic designation made the location (which is also two blocks away from its

This season, Emmy nominated costume designer Dan Lawson joins Lafayette 148 New York as Brand Ambassador in honor of their 20th Anniversary. Lawson will host exclusive fashion presentations and key events around the country that highlight the versatility of the new Fall 2016 Collection. “There are so many reasons I love working with Lafayette 148 New York. The styling is consistently chic and elegant. Even the more casual clothing has a chic aura about it. My actresses always feel great wearing the collection,” says Lawson who has been using Lafayette 148 designs on CBS’s critically

2016 Retail and Consumer Products Award winner in New York   2016 marks 30 years of ingenuity in AmericaNew York, June 6, 2016 – EY today announced that CEO and Co-Founder Deirdre Quinn of Lafayette 148 New York, a Manhattan-based women’s fashion company, received the EY Entrepreneur Of The Year® 2016 Award in the Retail and Consumer Products category in New York. This year marks the 30th anniversary of the EY Entrepreneur Of The Year Award program. The award recognizes outstanding entrepreneurs who demonstrate excellence and extraordinary success in such areas as innovation,

WITH 20 YEARS OF WHAT’S NEXTNEW YORK – February 24, 2016 – In honor of their 20th anniversary, leading women’s fashion brand Lafayette 148 New York launches a yearlong campaign celebrating 20 Years of What’s Next.    “We never ask the question ‘What’s New?’ We ask ‘What’s Next?’” says CEO and Co-Founder Deirdre Quinn. “It is the question that has kept the business moving forward since the day we opened 20 years ago. It is the question that drives our technical innovations. And it is the challenge that inspires our design team every day.”   20 Years of What’s Next is the 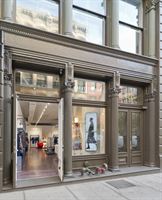