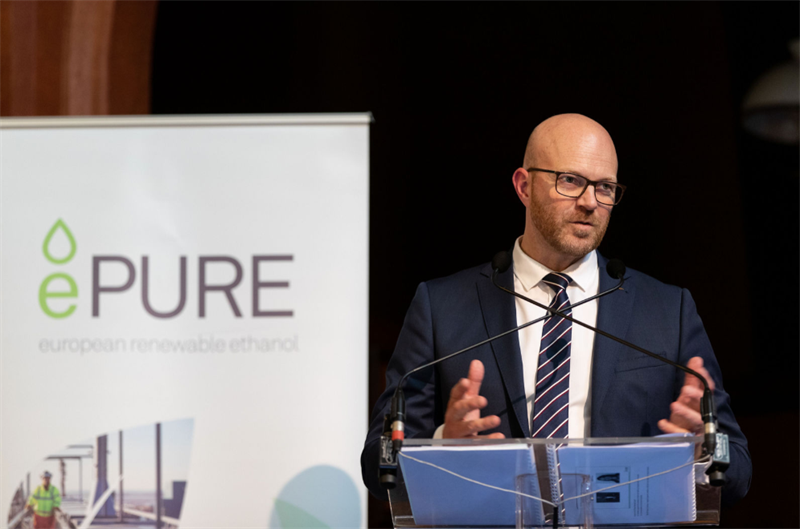 On Wednesday the 29th of May, ePURE, the European renewable ethanol association, elected Alarik Sandrup as its new President for a two-year term. Alarik has previously served as ePURE Vice-President and co-founded the organization ten years ago.

“The issue of climate change is growing ever stronger throughout the EU and, not the least, the increasing emissions of transports are worrying both legislators and the public. The use of European ethanol is without a doubt one of the most cost efficient and sustainable solutions to reverse climate change. Through our commitment in ePURE, Lantmännen and its members can contribute to both solving climate-related problems as well as creating better conditions for European ethanol production”, says Alarik Sandrup.

Lantmännen has for long been a pioneer among producers of biofuels in Europe. The world leading biorefinery Lantmännen Agroetanol, producing ethanol from food waste and grains with a more than 90 percent CO2 reduction, is powerful proof that ethanol can be produced extremely sustainable.

ePURE represents the interests of European renewable ethanol producers to the EU institutions, industry stakeholders, the media, academia and the general public. The organisation established in 2010, promotes the beneficial uses of ethanol throughout Europe.

ePURE has six full time employees, is based in Brussels, and consists of 34 member companies (including 20 producing members), with around 50 plants in 16 EU member states, accounting for about 85 percent of the renewable ethanol production in Europe.

About Lantmännen
Lantmännen is an agricultural cooperative and Northern Europe’s leader in agriculture, machinery, bioenergy and food products. Owned by 25,000 Swedish farmers, we have 10,000 employees, operations in over 20 countries and an annual turnover of SEK 45 billion (approximately EUR 4.3 billion). With grain at the heart of our operations, we refine arable land resources to make farming thrive. Some of our best-known food brands are AXA, Bonjour, Kungsörnen, GoGreen, Gooh, FINN CRISP, Schulstad and Vaasan. Our company is founded on the knowledge and values acquired through generations of farmers. With research, development and operations throughout the value chain, together we take responsibility from field to fork. For more information: lantmannen.com/en.