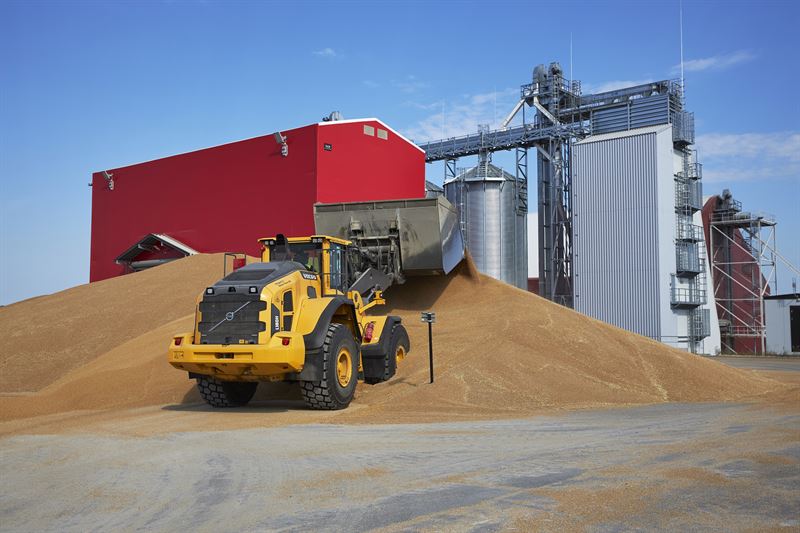 Harvesting is now over in Sweden and Lantmännen can summarize this year’s harvest and the intake of grains as extremely intensive. The harvest was of normal size and good quality, which is beneficial for both the food supply in Sweden and for the exports.

Lantmännen published its harvest forecast in July; which estimated that the size of the Swedish harvest would be 6.1 million tons of grain, oilseed crops and pulses. The most recent Swedish Board of Agriculture figures, released in August, indicate around 6.4 million tons. The harvest has now been completed in the whole of Sweden.

“The annual harvest has now been brought in and we can state that it is of normal size. Sweden’s grain needs have therefore been secured for the coming year, which is of great importance for both Sweden’s food supply and our capacity to export Swedish grain to other countries”, says Lantmännen Grain Manager Mikael Jeppsson.

In other words, although the 2020 harvest looks to be in line with the five-year average in terms of volume, it stands out in several ways. The weather was stable during the harvesting, which made for an unusually intensive period and resulted in a very high quality grain harvest. The warm and dry August resulted in grain with a significantly lower average moisture content than normal – under 14 percent, compared to 17 percent normally. What’s more, the oats harvest was the biggest for over ten years.

“The low moisture content, in combination with the fact that the majority of harvesting escaped any rain, led to deliveries of high-quality and healthy grain. The grain is high in protein content, which makes for good baking properties in milling wheat and means a good quality for other crops. Oats are a very popular crop right now, and more and more are being grown. Oats production has increased by over 10 percent compared to the average over the last few years”, says Per Gerhardsson, Lantmännen Grain Purchasing Manager.

The intensive harvest has led to a very high tempo at Lantmännen’s 51 facilities that receive grains from farmers, located around the country. Lantmännen receives a large proportion of the Swedish harvest and this year took in 1.7 million tons in total during the harvest period, that extends from 1 July to 14 October.

“We’ve been under high pressure from south to north. Having good grain reception and silo capacity throughout the country is important for Swedish farmers and forms the basis for Sweden’s capacity to be self-sufficient in food. We broke new records when it came to intake speed this year – with a highest intake of 465,000 tons, the equivalent of 12,000 truck loads, during a single week,” says Jeppsson.

The favorable weather and rapid harvesting also resulted in a large autumn sowing this year, which bodes well for next year’s harvest.

“We have now taken the first steps towards the 2021 harvest. Autumn sowing looks like being the largest for many years, which should pave the way for a good harvest next year,” says Jeppsson.

Read more about the Swedish harvest at https://www.lantmannen.com/newsroom/news/harvest-2020/.

Images are available at https://www.lantmannen.com/newsroom/press-images/.

About Lantmännen
Lantmännen is an agricultural cooperative and Northern Europe’s leader in agriculture, machinery, bioenergy and food products. Owned by 20,000 Swedish farmers, we have 10,000 employees, operations in over 20 countries and an annual turnover of SEK 50 billion. With grain at the heart of our operations, we refine arable land resources to make farming thrive. Some of our best-known food brands are AXA, Bonjour, Kungsörnen, GoGreen, Gooh, FINN CRISP, Schulstad and Vaasan. Our company is founded on the knowledge and values acquired through generations of farmers. With research, development and operations throughout the value chain, together we take responsibility from field to fork. For more information: www.lantmannen.com