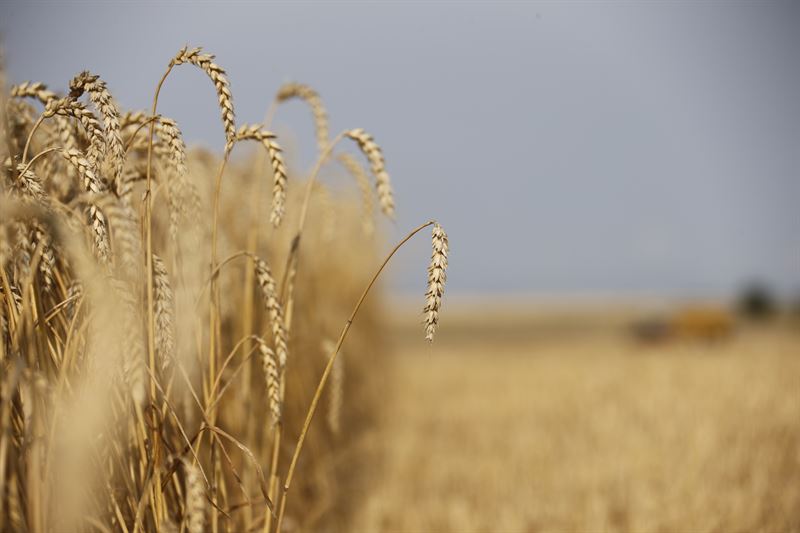 This year’s grain harvest is set to be good, an absolute necessity for many farmers who were hit hard by last year’s heat and drought. According to the Lantmännen forecast, the Swedish harvest of grain, oilseed crops and pulses will exceed the 5-year average.

Lantmännen’s forecast for grain, oilseed crops and pulses amounts to 6.3 million tons for the 2019 harvest. This estimate is 75 percent higher than last year’s extraordinarily low harvest of 3.6 million tons.

“A good grain harvest this year is of utmost importance for Lantmännen members, Swedish farmers, bearing in mind the poor harvest in 2018 and the associated financial consequences,” says Per Lindahl, Chairman of the Lantmännen Board.

The early harvest last year enabled a record high autumn planting. As autumn-planted crops are higher yielding than spring-sown crops, this has contributed to the bigger harvest this year.

“The fields are looking good in general, but there are big local variations as certain areas have had less rain than other areas, which has a negative effect on the yield. Following last year’s drought, there is still a shortage of sub soil water reserves pretty much across the whole country, and the crops are therefore not equipped to withstand a possible summer drought. The optimum weather for grain is just over 20-degree temperatures and regular rainfall in spring and summer. Were we to have 30-degree heat and bright sunshine for the rest of the summer, the harvest potential can fall in many parts of the country,” says Mikael Jeppsson, Head of the Lantmännen Grain Unit.

Things are looking good for a high quality harvest, but we will only get the actual results once the harvest has been brought in. The crops were showing good harvest potential in spring and farmers were busy giving the grain additional nutrition, which increases the chances of high quality.

“Grain of high quality is of great importance in order to meet demand from both Swedish industry and export customers. The area in the Baltic Sea Region has the potential to bring in good harvests and then it is even more important that the Swedish product is of a quality, which enables us to be competitive on the world market,” says Jeppsson.

With large areas with winter wheat and rye, the harvest of these crops is expected to be good, which means Sweden can start exporting again after this year’s harvest.

“After last year’s shortage and big imports, it is absolutely vital that we can deliver Swedish grain to our customers both in Sweden and abroad, where we have built up long-term business relationships,” says Jeppsson.

Crops of oilseeds, and winter oilseed rape in particular, were hit by the weather conditions in certain parts of the country. Much of west, east and central Sweden did not get enough rain in due time meaning the rapeseed was not able to absorb enough nitrogen in time. Added to which, these areas suffered night frosts as late as in May, which also damaged the rape.

The harvest looks set to be relatively early in most parts of the country and winter barley sowing has already been started in the south of Sweden.