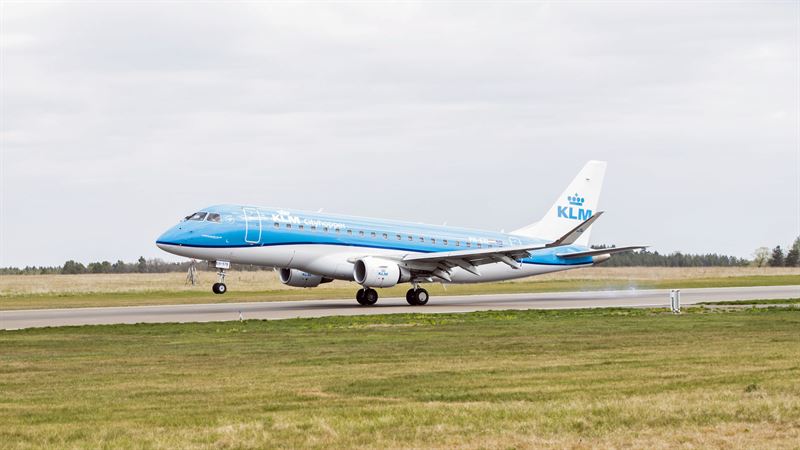 ”The approach and landing were remotely controlled by the air traffic controllers at the tower in Sundsvall, and at 10.00 the plane’s wheels hit the tarmac. At 11.30 the first scheduled flight, a KLM from Amsterdam landed,” says Per Kjellander, head of operations at LFV.

The landing was carried out three weeks after the airport had received approval for remote air traffic control operations from the Swedish Transport Agency.

Linköping/Saab Airport will be the first airport with remote tower services for both civil and military aviation. This makes the airspace more complex and puts even greater demands on the capacity of the system.

“The commissioning of Linköping/Saab Airport means that Sundsvall and the county of Västernorrland will further strengthen their role as one of the hubs of remote tower services in Sweden. Later this year, Scandinavian Mountains Airport in Sälen will also be controlled from the remote tower in Sundsvall,” Per Kjellander explains.

The other hub for remote tower services in Sweden is currently being developed at Arlanda, where LFV and Swedavia are in the process of establishing remote air traffic control for four of Swedavia’s airports.

A mast with cameras and sensors is set up at the airport where traffic is going to be remotely controlled. All the registered images and other data are transferred in real time via a live feed to the Remote Tower Centre (RTC), where they are displayed on a series of monitors and air traffic controllers manage the traffic as they would in a traditional tower.

In 2015 Örnsköldsvik Airport became the first airport in the world to use remote air traffic control, from RTC Sundsvall. At the end of 2017 Sundsvall-Timrå Airport also adopted the system. In 2018 the first remotely controlled airports were established outside of Sweden, when Cranfield Airport in the United Kingdom and Germany’s Saarbrücken Airport started to use the new technology.

LFV is Sweden's leading provider of air traffic control and associated services for civil and military aviation. Our air traffic controllers manage around 2,000 aircraft within Swedish airspace every day. LFV pioneered remote air traffic control and is a driver of digitisation in several areas. By participating in various collaboration efforts we help make the use of European airspace more efficient. LFV employs 1,100 people and has an annual turnover of SEK 3.3 billion.