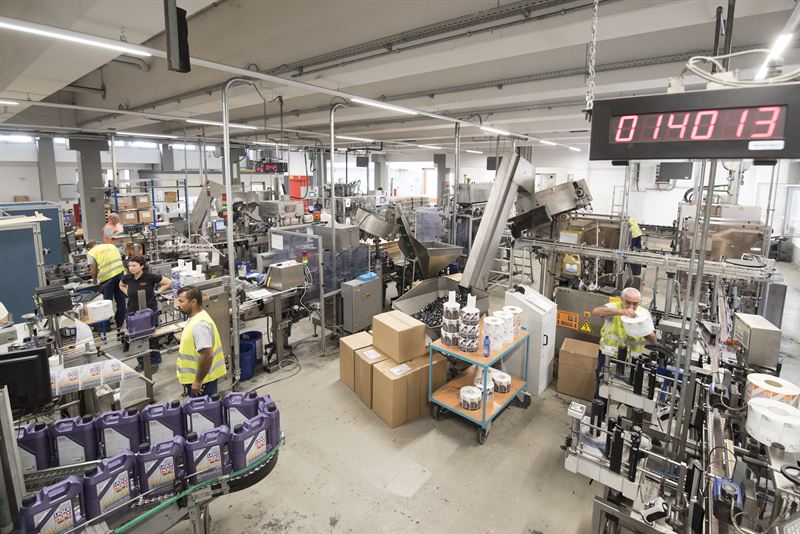 In their anniversary year LIQUI MOLY and MÉGUIN are looking forward

September 2017 – One company group, two locations, two anniversaries: 60 years ago the lubricant specialist LIQUI MOLY was founded. MÉGUIN is almost three times as old. The mineral oil plant is celebrating 170 years of existence in 2017. Despite their advanced age, both German companies are in the best of health.

There was a close relationship between the two independent companies of LIQUI MOLY and MÉGUIN for decades. As supplier, MÉGUIN produced the lubricants, predominantly motor oil, that LIQUI MOLY successfully sold throughout the world – more than just an addition to the additive business, the roots of LIQUI  MOLY.

In 2006, both companies decided to combine their strengths and LIQUI MOLY took over MÉGUIN. Both brand names have remained. The merger was a far-reaching decision and a good one to boot, as from then on the growth curves knew only one direction: up. Between 2009 and 2016 sales increased by €256 m to €489 m - more than double.

"How fit a company is, as with people, depends on the way of life and personal attitude. Those who look after their mind and body have a better chance of a long life than those who burn the candle at both ends on a daily basis," says Ernst Prost, CEO and owner of both companies. LIQUI MOLY and he were both born in 1957 and neither feel in any way tired of life, but have instead remained young. Being fit, awake and open to changes is important for Ernst Prost: "This enables rapid adaptability. And that's what's decisive for the success and continuation of a company." Modernity means keeping in touch with the latest trends. "Of course, we can stand against the wind, but then the water will just lash us in the face. It is smarter to set the sails accordingly," says the company boss and cites globalisation as an example: "We did not order it, but we make use of the opportunities it offers with a great deal of joy and pleasure."

Those who want to sail close to the wind have to adapt to changing weather conditions in a flash. With a big team, LIQUI MOLY and MÉGUIN now make up almost 800 people, this is only possible if responsibility is the highest maxim – keyword: subsidiarity principle. Flat hierarchies and short paths lead to fast decisions. "We maneuver on the market like a speed boat, not a sluggish oil tanker. Every day we adapt our course anew to meet the demands of our customers," says Ernst Prost. And this is necessary, because the medium-sized company is battling global oil corporations on a daily basis.

To be successful under such conditions and over such a long period of time, MÉGUIN was founded in 1847, LIQUI MOLY in 1957, can only be done with unconventional thinking and acting. There are many examples: While the competition is relying more and more on sales reps, both companies are backing direct contact to the customer and are continuously expanding their sales teams - both in the domestic market of Germany and in other countries. And, again unlike competitors, both companies offer a free service hotline for technical questions on products, each in Ulm and in Saarlouis. No call centre, just a hotline staffed by experts.

Investments in knowledge are of existential importance to the company group and are an expression of its forward-looking approach. "Discovering new products, that requires intensive research and that, in turn, requires the latest laboratory and production technology," says the CEO. For this reason the laboratory capacity has been doubled in recent years, a fuel depot has been set up at the harbor and the storage capacity in the oil factory has been significantly increased. The new matrix distribution and robot technology mean a quantum leap in production technology. Further projects are already underway.

"The roots of both companies are in Germany. Made in Germany is an important value for us," emphasizes Ernst Prost. The company group cherishes this as much as it does its general principles. These include respect, predictability, thankfulness and the Hanseatic commercial values. "These are values that have belonged together longer than our two companies, but that does not mean they are old hat to us," explains the owner, "instead we find that this practically makes us exotic nowadays, in the positive sense, mind you."

What seems "old school" is actually modern and a question of the Zeitgeist. Whether this is met is continuously checked by the developers and marketing and sales experts at LIQUI MOLY and MÉGUIN, regularly turning everything upside down and questioning everything. The world is rapidly changing, and with it the taste and requirements of customers, particularly the young generations, or in other words, future customers. A hybrid additive is currently in development. Ernst Prost continued: "Recognizing the signs of the times and drawing the right conclusions from them. That is the key for a future-proof business and securing the existence of LIQUI MOLY und MÉGUIN."