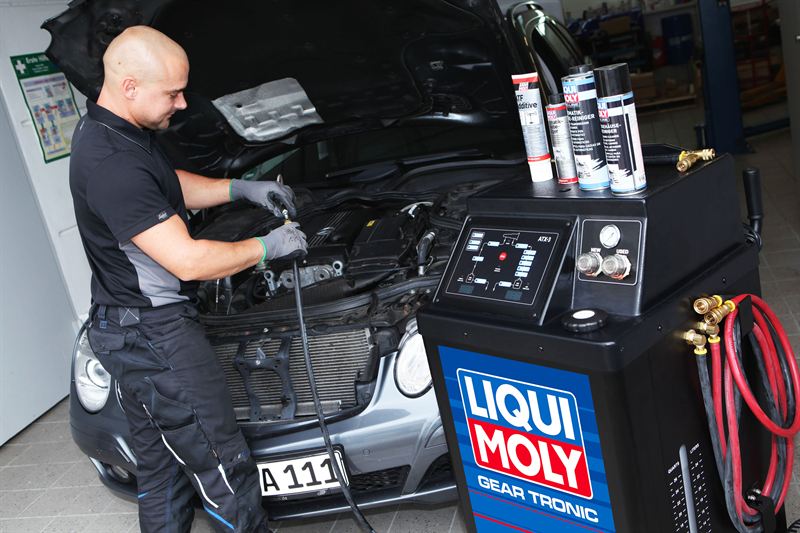 March 2017 – Replacing the oil in an automatic transmission is more difficult and poses more possibilities for mistakes than changing the motor oil. To make this work easier for workshops, the German motor oil and additive specialist  LIQUI MOLY has developed a high-tech machine, that can do more than just flush and replenish fluid: the Gear Tronic. It will be presented for the first time in the United Kingdom at Automechanika Birmingham.

"Gear Tronic makes even a complicated process child's play and thereby opens up an additional income option to the garage," says Ibrahim Memis, responsible for the LIQUI MOLY business in the UK.

A complicated matter, therefore, which is not without risk. "Without the right tools a lot can go wrong, irritating both customers and the workshop itself", explains Ibrahim Memis. The garage has the right tool in Gear Tronic. The machine and the additives developed for it enable professional mechanics to offer complete transmission oil service including cleaning, flushing and re-filling. This machine ensures that the lubricant is replaced completely, which was not possible previously. The process is monitored by two digital scales, to ensure that the quantity of new fluid added to the transmission is exactly equal to the quantity of old fluid taken out. "This means that workshops can not only offer a transmission oil change, but also additional services such as thorough cleaning and extra care of the transmission," says Ibrahim Memis.

The second innovation that LIQUI MOLY is presenting to the UK market are the Molygen New Generation oils. These are special motor oils that differ from all other oils. This is evident when simply pouring it in, for they are not brown, but greenish. This green comes from the special wear protection, which is based on tungsten, among other substances. The chemical agents smooth the metallic surfaces in the engine and even out tiny, microscopic bumps. This reduces friction in the engine and therefore also fuel consumption. Furthermore, they protect against wear. Unlike conventional motor oil of the same quality, they reduce wear by up to 30 percent.

Automechanika Birmingham will be held from June 6 to 8. LIQUI MOLY will be at Booth 19B40. 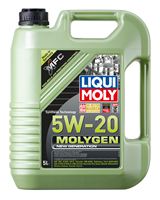