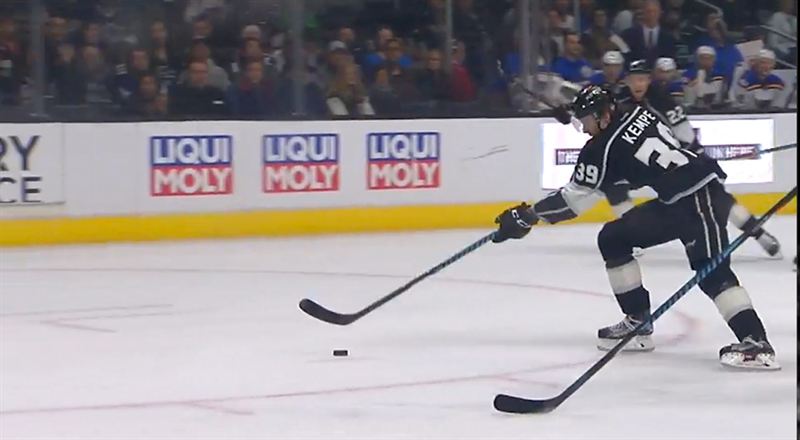 March 2017 – German automotive chemicals specialist LIQUI MOLY and the Los Angeles Kings of the National Hockey League have agreed on an advertising partnership which will run over three seasons. “We’re the first German oil brand to go into professional US sport – which shows just how important this is,” said LIQUI MOLY marketing director Peter Baumann at a press conference in Los Angeles.

North America is one of the markets that offers the most promising growth prospects for LIQUI MOLY. “This is why we’re launching this advertising campaign with our biggest budget yet in North America,” said Baumann. The NHL hockey team Los Angeles Kings was selected “because a lot of our customers are based in the LA area; the level of spending power and the frequency of German cars are also particular high in California.”

In its anniversary year – LIQUI MOLY turns 60 in 2017 – the company aims to establish the brand in the USA and Canada. “We’ve been the most popular motor oil brand in Germany for many years now, having long overtaken the global petroleum giants there, so this is a long-term goal we’re pursuing in other regions of the world as well,” explained Peter Baumann. As in Germany, this will require consistent brand development sometimes involving unusual measures, as Baumann points out.

“Sport is omnipresent in North America and generates huge media interest – especially the four main sports of American football, baseball, basketball and hockey”, said the marketing director. This is why hockey was chosen, with the Los Angeles Kings as a brand ambassador. With over 11 million fans, the Kings are among the most popular of the 30 NHL teams in the USA and Canada – and they’re currently one of the most successful, too: Los Angeles won the championship in 2012 and 2014. All this makes the Kings a highly attractive advertising partner, so for the SME the partnership is a real coup. Peter Baumann: “We’re the first German motor oil brand in professional sport in North America – so we’re just as exotic as the Kings themselves were when they became the first NHL team from the South of the USA in 1967.”

The NHL is regarded as the world’s top hockey league, with fans from all over the world following their matches. It is one of the four major professional sports leagues in the USA and the most popular in Canada. “We’re seeing fast-paced growth in sales in North America so the aim of this advertising campaign is to further stimulate this development,” says marketing director Baumann. “Our sales team was significantly enlarged last year for this reason, too – and that’s by no means the end of the story.” An online and print advertising campaign covering the USA and Canada was launched back in February, mainly concentrating on garages. “That campaign is focused on the B2B area, while our sponsorship activities will reach all target groups."

The main component of the package agreed on with the Kings is the rinkside brand presence: for the remaining preliminary matches of the current season and for the next three seasons, LIQUI MOLY will be advertising with a rinkside board and in an area behind the goal and above the board – only visible on television – as well as on the cube above the rink.

LIQUI MOLY will also be advertising on the board and on the ice in the arena of Ontario Reign, also based in California. This team plays in the American Hockey League (AHL) and is one of two farm teams for the Los Angeles Kings.

“We are very pleased to welcome LIQUI MOLY into our sports family, and we believe this new partnership is truly one-of-a-kind and historic in terms of sponsorship activation across our three pro hockey teams,” said Kings President, Business Operations Luc Robitaille. The contact was established through Eisbären Berlin. Like the Los Angeles Kings and Ontario Reign, the top-level German hockey club belongs to the Anschutz Entertainment Group (AEG), one of the world’s leading companies in the entertainment and sports industry.

About the Los Angeles Kings
The Kings are a team that dates back to the first expansion phase of the National Hockey League (NHL) in the 1967/68 season. During this period the number of teams was increased from six to twelve. The Kings’ team colors are black, white and aluminum gray, and they play their home games at the Staples Center. The team made the biggest transfer coup in NHL history when they signed superstar Wayne Gretzky on August 9, 1988. This triggered a wave of hockey euphoria in California, thereby paving the way for other NHL teams in California, Dallas, Arizona and Florida. After signing the best hockey player of all time, the team’s sporting success took off and initially culminated in a place in the finals in 1993; after the Gretzky era, the Kings went on to win the championship in 2012 and 2014.