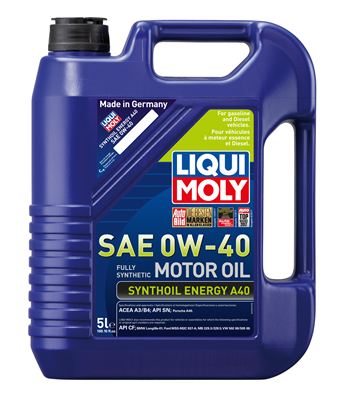 October 2017 – More motor power means more strain on the motor oil. The wrong oil not only leads to performance losses, but can seriously damage the motor. That's why the German motor oil and additive specialist LIQUI MOLY has developed a new oil specially for Porsche: Synthoil Energy A40 SAE 0W-40.

The A40 in the name indicates it: The oil is officially approved by Porsche for all vehicles that require an oil with the Porsche A40 standard - which is effectively every Porsche with a gasoline motor. It is a completely newly developed fully synthetic motor oil. The viscosity area 0W-40 is greater than in many conventional oils for cars. This offers greater performance reserves if the motor is under heavy strain. Geographical proximity helped in the cooperation with Porsche: LIQUI MOLY is located just one hour's drive from the Porsche headquarters.

"This new oil is uncompromisingly designed for sports cars," says Sebastian Zelger, Director of LIQUI MOLY USA. "With this oil we did not take normal cars into account at all, but developed a lubricant that is tailor-made for Porsche motors." 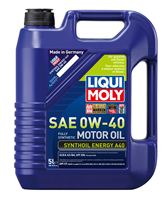