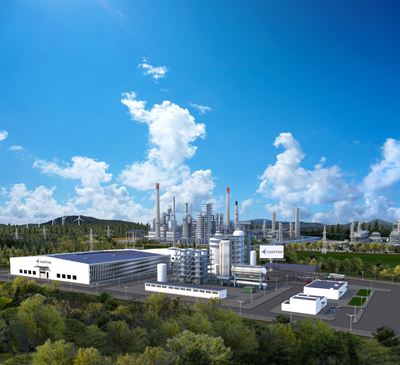 Uniper becomes a partner in the Swedish company Liquid Wind, which develops electro-fuel based on hydrogen to enable carbon neutral shipping. Uniper will be the second largest investor in the company, which is now in the process of developing their first eMethanol production facility in Örnsköldsvik, on the north east coast of Sweden .

The facility will produce 50,000 tons of eMethanol per year, using fossil-free wind power and captured, biogenic carbon dioxide. It´s ideally suited to enable carbon neutral shipping, and will reduce carbon dioxide emissions by 100,000 tons/year, once in operation from late 2023/early 2024.

“Demand for cleaner shipping fuel is growing, and we aim to develop and build 500 facilities by 2050. This will prevent the release of an additional 50 million tons of carbon dioxide every year, which is the equivalent of Sweden’s total annual emissions”, says Claes Fredriksson, CEO and Founder, Liquid Wind.

Electro-fuel based on hydrogen is a rapidly growing opportunity, that in short is about producing liquid, fossil-free fuel with the help of renewable electricity. Uniper is a leading player in Europe when it comes to hydrogen and has several projects under development in Sweden, in addition to their operational facilities in Germany.

“Our strong expertise within hydrogen will be beneficial for Liquid Wind, at the same time we will also gain knowledge and experience in electro-fuels. Sweden is facing a new energy evolution, and Uniper plans to support the transition to a carbon neutral society whilst at the same time developing the industry's competitiveness”, says Johan Svenningsson, CEO, Uniper Sweden.

“Within 30 years, we need to increase electricity production by up to 100 Terawatt-hours, that development is driven by, among other things, eFuels. Liquid Wind has a strong business model and Uniper plans to take a central position in the distribution of eMethanol”, Johan Svenningsson explains.

The transport sector is a major source of emissions and needs to become fossil-free. Liquid Wind will primarily focus on shipping and heavy transport, where there is a large need for fossil free, liquid fuel. This is where electro-fuels such as eMethanol will play an important role in the future.

“We are delighted to have the opportunity to work with Uniper and gain the support of their broad and deep knowledge. We are looking forward to working closely with them and identifying further areas where together we can create more value and enable a faster transition to a fossil-free world”  says Claes Fredriksson, CEO and Founder of Liquid Wind.

For further information or to organise an interview, please contact;

Liquid Wind is a Power-to-Fuel Development Company committed to reducing carbon emissions. The company develops, finances, builds and manages replicable facilities for the production of eMethanol, to accelerate the transition to carbon neutral shipping and transportation. The facilities will produce renewable liquid fuel, so Liquid Wind can offer their customers the opportunity to quickly reach their sustainability goals.

Uniper is an international energy company with around 12,000 employees in more than 40 countries. The company plans to make its power generation CO2-neutral in Europe by 2035. With about 35 GW of installed generation capacity, Uniper is among the largest global power generators. Its main activities include power generation in Europe and Russia as well as global energy trading, including a diversified gas portfolio that makes Uniper one of Europe’s leading gas companies.

As a pioneer in the field of hydrogen, Uniper is active worldwide along the entire value chain and is implementing projects to make hydrogen usable as a mainstay of energy supply.

The company is headquartered in Düsseldorf and currently the third-largest listed German utility. Together with its main shareholder Fortum, Uniper is also the third-largest producer of CO2-free energy in Europe.

In Sweden, with approximately 1,000 employees, Uniper are a major electricity producer for industry and society - and a guarantor of a secure and stable electricity supply. We have production facilities around the country with fossil-free hydropower and nuclear power, as well as responsibility for the Nordic region's largest peak and reserve power. 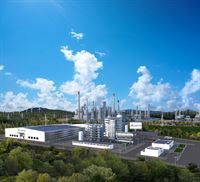 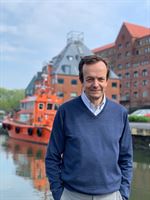