Lumito initiates process to engage in dialogue with future partners

The awareness about Lumito's  potential is on the rise among companies active in digital pathology, and Lumito has received approaches from leading companies in health technologies and diagnostics.The interest in the Company demonstrates that Lumito is in just the right phase. Diagnostics is currently a bottleneck of the system. More and more laboratories abandon the analogue, microscope-based diagnostics completely and move on to digital methods. Lumito offers specific diagnostics that makes it possible to quantify down to selected individual markers. This

The need for better diagnostic reliability is great and immediate, and Lumito has a solution with potential 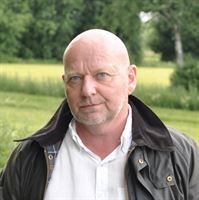 These are the words of Björn Isfoss, Chief Pathologist and advisor to Lumito. The cooperation is fully in line with Lumito's  strategy to build its own organization with the skills and capacity to manage and develop the current and future products. - I have chosen to work together with Lumito, whose technology has the capacity to meet the current great needs of improved tissue diagnostics with better diagnostic accuracy. I further believe that Lumito's computer analysis, with its high image quality, offers the potential to provide digital immunohistochemistry 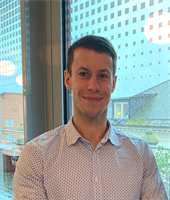 Important progress in product development – simultaneous staining in the same section, with high degree of detail

Lumito is developing a novel method for high-contrast imaging without background signal. The first application is developed for tissue diagnostics and digital pathology. In order to visualize cells containing Her2, which is a common marker in breast cancer diagnostics, Lumito is now presenting new images of breast tissues stained with the Company's Her2-UCNP reagent.Lumito's technology makes it possible to stain tissue with nanoparticle-based reagents, and thus to create images with the company’s proprietary analysis instrument. Two of the major advantages are the ability to create imaging

Last day of trading of Lumito TO1 subscription warrants

The last day of trading of paid subscription units (BTU)

The last day of trading of Lumito AB (publ) paid subscription units (BTU) is Tuesday, 2 July 2019.  The preferential rights issue that was conducted during May/June 2019 has now been registered with the Swedish Companies Registration Office. The new shares and warrants (after conversion from paid subscription units) are expected to be delivered to securities deposit accounts on 8 July 2019. Through the preferential rights issue, Lumito issued units comprised of  shares and series TO2 warrants. The issue including over-allotment provided the Company approximately MSEK 38.7 in cash,

Lumito AB is provided approximately MSEK 38.7 in cash through an over-subscribed rights issue and a decided over-allotment

Lumito AB (publ) announces today that the Company's new share issue amounting to approximately MSEK 35.7 has been subscribed to a total of 155 percent. The commitments from the guarantee consortium do therefore not have to be utilized. In addition, an over-allotment issue of MSEK 3.0 has been decided.An extraordinary general meeting of Lumito AB (publ) held on 25 April 2019 resolved to approve the Board of Directors's proposal to conduct an issue of units with preferential rights for the shareholders, and further resolved to authorize the Board of Directors to decide on a possible over-

Lumito AB’s recently completed public new share issue resulted in the subscription of units (share plus warrant) for a total value of approximately MSEK 20.4 before transaction costs. This corresponds to a subscription rate of 102 percent of the offering. - We are very happy with the outcome, says Lumito’s CEO, Stefan Nilsson.  - Considering the market situation, it is amazing that the offering was fully subscribed; we can now welcome about 600 new shareholders to the company, who invested in it alongside the executive management, the main owners and financial advisors. We will now be

Lumito holds presentation on the Nordic Symposium on Digital Pathology

On 16 May, Lumito will demonstrate its technology under the theme "Open Innovation" on the Nordic Symposium on Digital Pathology in Linköping, with 200 expected participants from more than 10 countries.  - This is an excellent opportunity to give a comprehensive presentation of our technology, and to meet pathologists and other representatives in the field of digital pathology, says Stefan Nilsson, CEO of Lumito.

This press release may not be announced, published or distributed, either directly or indirectly, in or to the United States, Australia, Japan, New Zealand, South Africa, The Republic of Korea, Canada or any other country in which such action is wholly or partly subject to legal restrictions. In order to facilitate and accelerate the development of Lumito AB, an extraordinary general meeting held on 25 April 2019 resolved to approve the Board of Directors's resolution on 8 April to issue units consisting of shares and warrants with preferential rights for existing shareholders. The

Communiqué from the extraordinary general meeting of Lumito AB (publ)