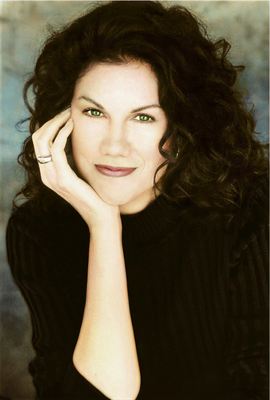 (Los Angeles, CA – April 17, 2011) – Women's fiction -- like the women who read it -- has evolved to include subjects and themes that range far beyond romance.    Romance, wisdom and mystery are the topics of What the Heart Knows by award-winning author Mara Purl and resonate with women readers.  In the first novel of her Milford-Haven novel series, you will meet Miranda Jones who is a wildlife artist plus a cast of characters that include a television journalist, an environmentalist, a Native American part-time student, a builder and an heir to an oil fortune in the fictional coastal town of Milford-Haven.  This contemporary saga is what women want.

“Women’s fiction lets readers taste the subtleties of relationships, romance and mystery,” shared Purl, a former star of Days of Our Lives.  “In my novel What the Heart Knows, the reader should let her imagination and her heart be her guides. Don't be afraid of where the story will take you. While the outer journey takes you to California’s gorgeous Central Coast, the inner journey can be even more exciting, a transforming adventure you won’t want to miss. ”

The stories follow the lives of the main characters, each a complete storyline, but their stories also continue as the Milford-Haven novel series progresses.

“My characters are real people with hopes and dreams that I have found women identify with in today’s world, even though the series is set in the ‘90s,” Purl explains. “Each book stands on its own, as a new story, but also builds as an overall saga. Each time you pick up a Milford-Haven Novel, you’ll feel like you’re visiting with old friends.”

Mara Purl launches her book, What the Heart Knows, in September 2011 with a Hardcover Edition published by BelleKeep Books in association with Midpoint Trade Books.

Upcoming appearances for Mara Purl include the Los Angeles Times Festival of Books and New York City’s Book Expo America.  She begins her national campaign by signing Advance Reader’s Copies (ARCs) at the Los Angeles Times Festival of Books in Los Angeles April 30 and May 1. She will be available for interviews and book signing for attendees. Then on May 23-26, 2011, Purl will sign at Book Expo America (BEA) in New York City, both in the Autographing Hall and also in the Midpoint Trade booth.

Focusing on building a community with her readers, Purl will launch the Milford-Haven Socie-Tea, a membership for her readers that will offer special editions and other bonus items.

“I’m very excited about this new society,” Purl enthused. “It’s really an outgrowth of the Special Author Tea events I’ve been doing over the past few years. We did Possibili-Teas, Hospitali-Teas, Generosi-Teas, and now we’ll have the Socie-Tea as a way to invite members.”

Beginning this summer, the Milford-Haven Socie-Tea will co-sponsor small, local events leading up to the official launch in September. Often pairing with charities, the teas are used as fundraisers for local non-profits.

“I love meeting my readers,” Purl confesses. “And, I greatly value their comments. If, together, we can also help a worthy cause, we’re helping to improve lives.  Nothing means more to me than real transformation and making a contribution.”

Planned panels, festivals, keynote addresses and teas will accelerate through the autumn where more readers can interact with Purl and build the Milford-Haven community. Purl also frequently speaks on “Women’s Fiction” at book festivals, book clubs, and at her signature Author’s Tea (Socie-Tea) events.

The early editions of the Milford-Haven Novels have collectively won fifteen prestigious book awards. The national launch of the series fulfills a dream of Purl’s.

“The Milford-Haven story began as an original radio drama that I created,” Purl explains. “It jumped the Pond and was the first true American hit on BBC Radio with 4.5 million listeners in the U.K. In the States, it won the Finalist Award for Best Radio Drama, the New York Festivals.”

“Then listeners began requesting books based on the radio drama, which led to the adaptation and development of the novel series. There are now twelve books planned for the complete Milford-Haven novel series, with additional short story collections.”

The Milford-Haven Novels are also being published as audio books performed by the author. The first won the Silver Ben Franklin Award for audio. The second won the Gold USA BookNews Award for audio.

About the Author Mara Purl: