Crawl inside the mind of a writer 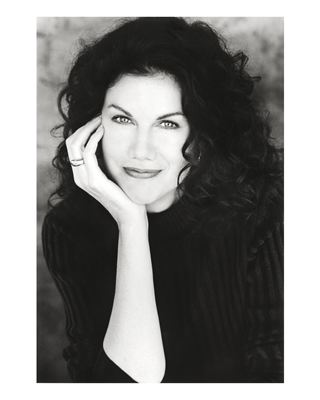 As you might imagine, all the authors have a story as to how they got where they are. Take Mara Purl, for example, author of the series of novels based on her character, Miranda Jones, who lives in a Central Coast seaside community called Milford-Haven.

Have you ever finished a book and said to yourself: “Cripes, I could have written that.” Well, so have tens of thousands of others. In 2009, for example, 288,355 new titles and editions were published in the U.S. alone.

I couldn’t find more current numbers, but you get the idea. A lot of people take up the life of a writer, and a lot more harbor Walter Mitty aspirations of doing so. (Hey, if it were easy, everyone would be doing it.)

I make note of this with regard to the Central Coast Book and Author Festival at Mission Plaza from 10 a.m. to 4 p.m. this Sunday. It’s an opportunity to meet some 50 authors — both local and from out of the area — who have taken the plunge into publishing.

Put on by the Foundation for San Luis Obispo County Public Libraries, the festival is an opportunity to hear the thoughts of speakers, presenters and panelists, while giving one-on-one access with those who have followed their dreams and muses into print.

Aside from the books being flogged and a pancake breakfast, the event is free, including a Saturday evening talk by Jerry Scott. He’s the creator of two of my favorite comic strips, “Baby Blues” and “Zits.”

As you might imagine, all the authors have a story as to how they got where they are. Take Mara Purl, for example, author of the series of novels based on her character, Miranda Jones, who lives in a Central Coast seaside community called Milford-Haven.

“Milford-Haven began as a tribute,” she says, “specifically, to Cambria — where I spent a summer performing at the Pewter Plough Playhouse long ago and became a permanent resident emotionally, if not physically — and a tribute, generally, to small towns, which I see as the microcosm of the American dream.”

Her books actually started as radio dramas, first heard on the late, great KOTR in Cambria, then on the BBC in England, where it captured a 4.5 million-listener base. She’s launching her hardcover version of “What the Heart Knows,” which will be available this Sunday at the festival in Mission Plaza.

Like most good writers who use the magic of words to bring their characters alive, Mara’s arc in life is deeply textured by exposure to the arts. Her paternal grandmother was one of the founders of Actor’s Equity in Chicago; her mother was a professional ballerina with the Chicago Metropolitan Opera Co.; her father is a director; her sister, Linda Purl, is an actress.

After a childhood growing up in Japan, where she not only mastered the language but also the stringed koto, she wrote for Rolling Stone magazine, The Associated Press and Financial Times of London, among others. As noted, she also performed in the theater — with a special love for Shakespeare — and later took the role of nurse Darla Cook in the daytime soap, “Days of Our Lives.” In short, she’s a wealth of information about life and her craft.

Look her up this Sunday at the Book and Author Festival. If anyone can give you the ins and outs, ups and downs of what it takes to be a writer in today’s world, I’m betting Mara will fill the bill.

Bill Morem can be reached at bmorem@thetribunenews.com or at 781-7852. 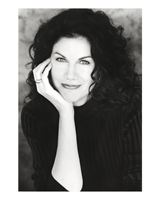